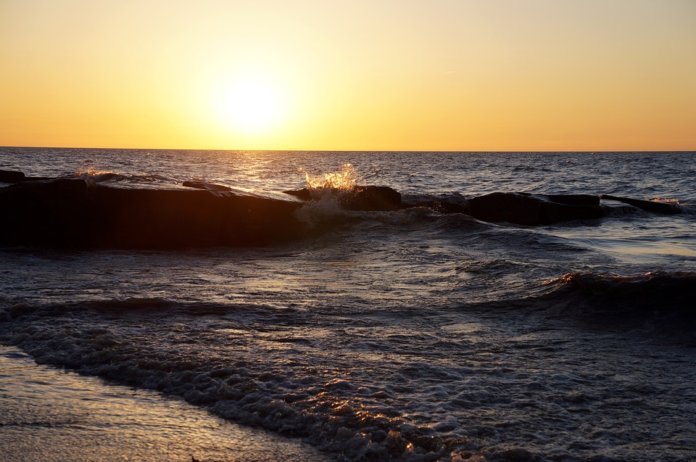 The U.S. Department of Energy conducted the review in cooperation with the U.S. Army Corps of Engineers, the U.S. Coast Guard and other federal entities. The agencies released the final Environmental Assessment (EA) and Finding of No Significant Impact on Oct. 2.

“The proposed project will not significantly adversely affect any endangered or threatened species or any critical habitat,” an overview of the EA states. “The Environmental Assessment evaluated potential impacts to migratory birds and concluded, primarily due to the small size of the project, that there would be both short- and long-term impact but those impacts would be minor. There would be no potential for population-level impacts to any species of bird as a result of the proposed project.”

It adds, “The beneficial impacts of the proposed project would include a contribution toward the reduction of regional greenhouse-gas emissions, diversification of regional energy supply and economic revitalization of key sectors of the regional economy.”

The six-turbine project, dubbed Icebreaker Wind, would be located eight miles off the coast of downtown Cleveland. It would be the first freshwater wind energy installation in North America, says the nonprofit, Cleveland-based Lake Erie Energy Development Corp. (LEEDCo), which is developing the project with Fred. Olsen Renewables USA.

LEEDCo notes that the federal report represents an important milestone for the project, which has undergone numerous local, state and federal governmental reviews.

“This is the most significant single approval Icebreaker Wind has received to date,” says Dr. Lorry Wagner, LEEDCo’s president. “The Department of Energy did an extraordinarily thorough review and worked with a host of other federal agencies, including the U.S. Fish and Wildlife Service. We are eager now to earn state approval and move forward. This progressive, clean energy project has already attracted positive international attention for Cleveland. It stands to establish our region as a leader in the exploding offshore wind energy sector and will yield both environmental and economic benefits for Greater Cleveland.”