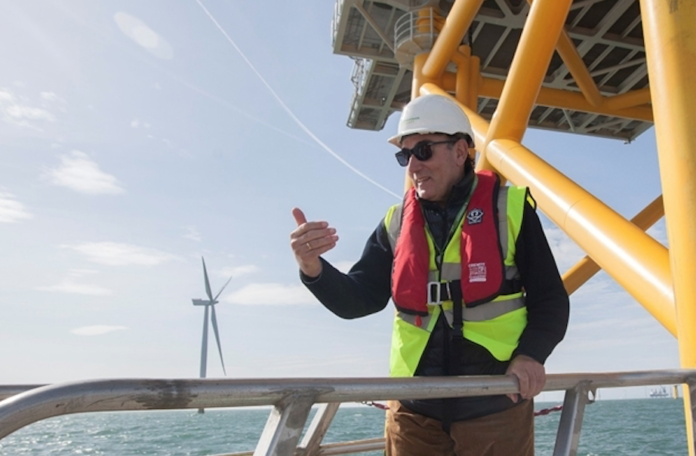 Iberdrola, a Spanish multinational electric utility company, says it is targeting the Japanese market as a new platform for growth in renewable energy, specifically in the field of offshore wind.

The company has reached an agreement with Macquarie’s Green Investment Group (GIG) to acquire 100% of the local developer Acacia Renewables. Acacia Renewables currently has two offshore wind farms under development, with a combined capacity of up to 1.2 GW, which could be operational by 2028. It also has four other projects in its pipeline, with a total capacity of 2.1 GW.

Iberdrola will hold an equal share in the six projects alongside GIG, and the partners will develop the portfolio. The operation is in line with the company’s strategy, allowing Iberdrola to position itself in the early development stage of Japan’s offshore wind market, which has strong growth potential.

Iberdrola and GIG are committed to continuing efforts to build strong partnerships in Japan, bringing further Japanese companies into the projects. Acacia has a team experienced in the management of renewable projects and in-depth knowledge of the market, as well as offices in the country.

Installed offshore wind capacity in Japan is currently around 70 MW, but the country has deployed a strategy to decarbonize its energy mix and promote energy independence. Forecasts indicate that the market will reach 10 GW installed in 2030 and up to 37 GW in 2050.

In the offshore wind sector, Iberdrola already operates wind farms in the U.K. and Germany, and the company is working on new developments in the U.K., U.S., German and French markets and has a 15 GW pipeline. With the acquisition of Japanese company Acacia, led by Ignacio Galán, has made its sixth corporate move of the year, despite the challenges posed by COVID-19.