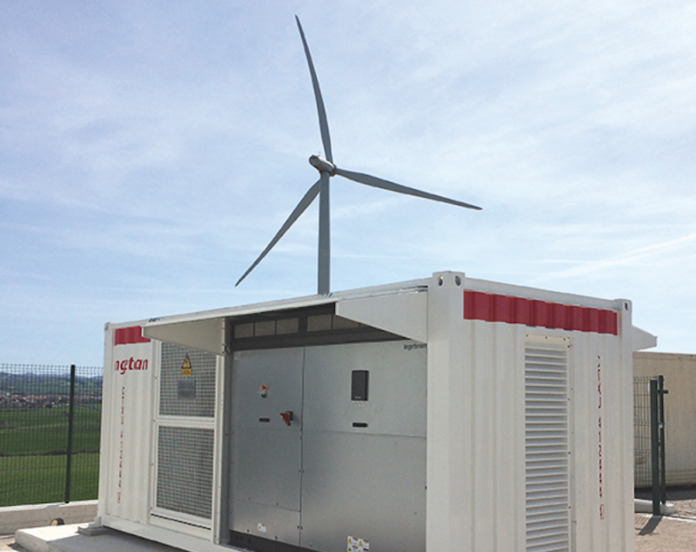 Scottish Power Renewables, Iberdrola’s subsidiary in the U.K., has awarded Ingeteam, an international technology group that specializes in electric power conversion, a contract for the supply of the company’s largest ion-lithium battery storage system.

The project will provide back-up for the U.K.’s biggest onshore wind farm, at Whitelee near Glasgow. Its storage capacity will be 50 million Wh.

Ingeteam will supply the control system, power converters and lithium-ion batteries. The facility is intended to expand the wind farm’s ability to manage the energy delivered to the grid at all times. With the battery storage system, Iberdrola will be able to take part in the frequency regulation market of the U.K. national grid.

The plant is expected to come online at the end of this year.

The control systems and power converters covered by this agreement will be based on the Ingeteam Group’s in-house technology, and the order will be placed with the newly opened plant in Ortuella, Spain.

The control system and power converters ensure that the battery charges and discharges properly. During lulls in power demand, the wind farm can continue producing electricity at peak capacity – and the surplus clean energy generated can be stored in the battery. When energy demand exceeds clean generation capacity in existing wind conditions, the plant can make up the shortfall by feeding in energy from its batteries to supplement that produced by the turbines.

Electricity is generated as AC and must be converted to DC to charge the ion-lithium battery, where it is stored in the form of chemical energy. When electricity demands increase, the control system sends a command to the power converter to draw energy to meet excess demand from the battery and deliver it to the grid. It takes just a fraction of a second to connect the battery, draw energy from the DC battery and convert it properly to AC for input into the high-voltage grid, where it is added to the energy generated by the wind turbines. 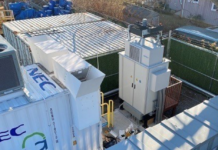 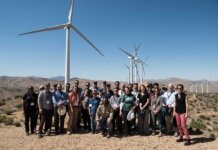