Committed to safeguarding the nation’s critical power assets in the coming age of quantum computing and networks, interdisciplinary teams of scientists and engineers from GE Global Research in Niskayuna, N.Y., will lead three projects with the U.S. Department of Energy (DOE) to develop advanced cyber protection technologies that detect, locate and neutralize attacks on critical power systems and assets.

“We’re committed to building the world’s first industrial immune system that detects, locates and neutralizes cyber threats just like the human immune system does with viruses that invade the body,” explains Justin John, technology director of controls and optimization at GE Global Research. “GE is doing this by combining the deep system insights of artificial intelligence and digital twins with industrial controls. GE’s digital twins, or digital models of physical assets and systems, allow cyber threats to be detected and located. Industrial controls are the brain that automatically acts on the digital twin insights to neutralize a given threat.”

John adds, “What we’re creating is essentially an invisible presence, or ‘digital ghost,’ which watches over and monitors every part of a power system and is capable of changing the operation of that system to allow that system to safely operate through a cyber attack.”

Under the $4.8 million “DOE Cyber-Physical Resilience for Wind Power Generation” project, Fernando D’Amato, a senior principal engineer at GE Global Research, will lead a project team, working with GE Renewable Energy, Idaho National Labs and Invenergy, to develop new commercially viable and field-tested cyber protection technologies for wind power generation systems. The technologies will be designed to be effective against attacks on the control systems of wind turbines.

As part of this project, GE Global Research and its partners will be developing a variety of new adaptive defense technologies that enable wind power generation systems to survive sophisticated cyber attacks by enhancing the control systems’ capabilities of detection, localization and accommodation. The introduction of these technologies in the onshore and the emerging offshore market would result in a significantly more reliable and secure wind power infrastructure, says GE.

The technologies being developed will combine advanced machine learning and control algorithms that are tied to rigorous physics-based models to detect, locate and mitigate cyber attacks. The algorithms will be implemented and validated at a wind turbine testing site. 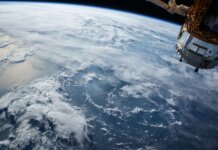 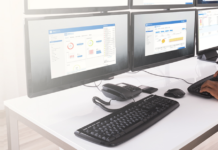 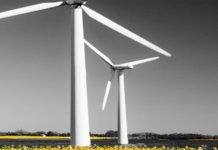