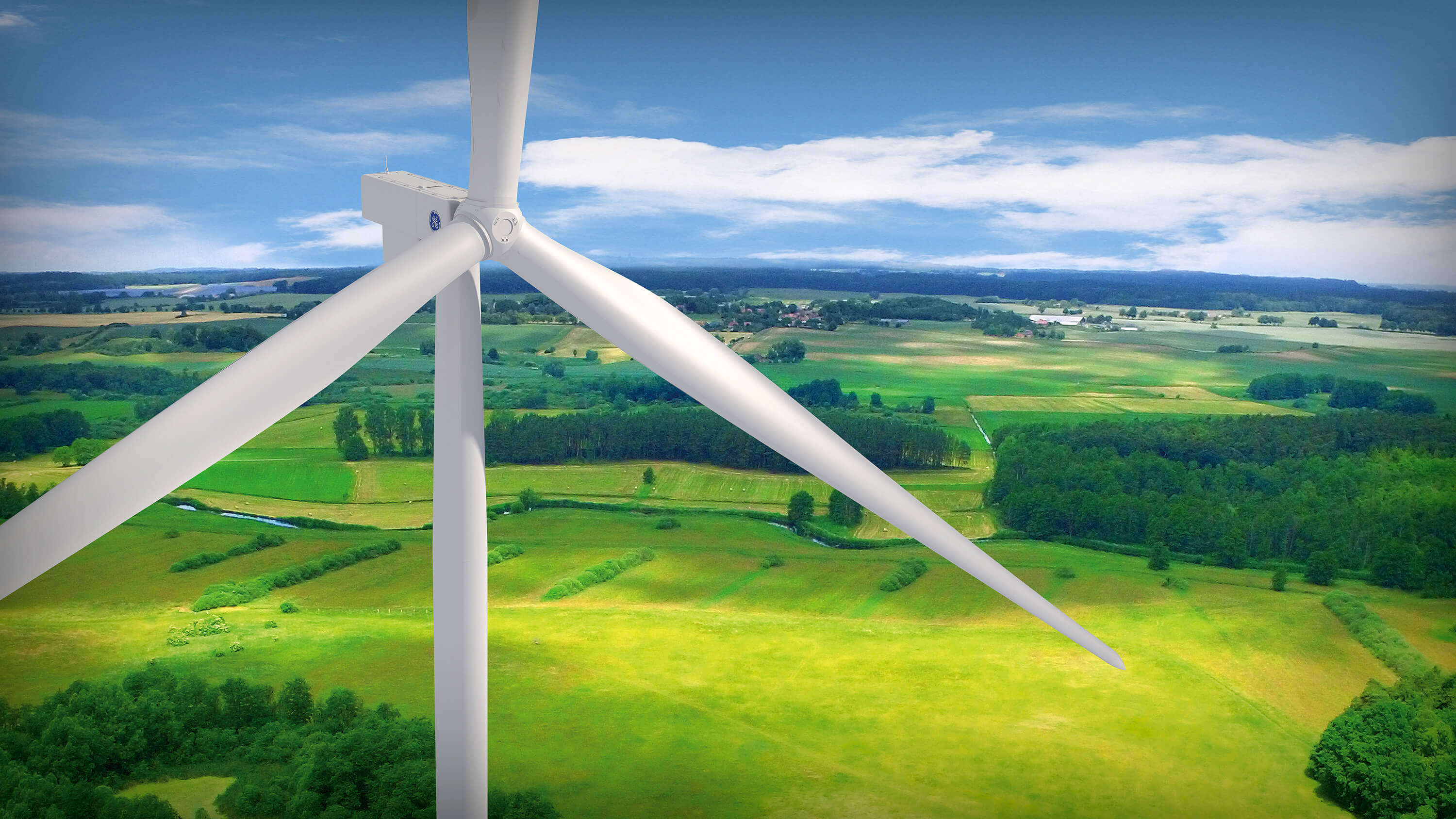 GE Renewable Energy has unveiled its largest onshore wind turbine to date, the 4.8-158, representing the company’s first onshore entry into the 4 MW space.

The new 4.8 MW turbine is equipped with a 158-meter rotor and a range of tip heights up to 240 meters. The combination of a larger rotor and tall towers enables the turbine to take advantage of higher wind speeds and increase annual energy production at sites with low to medium wind, says GE.

According to the company, the new turbine features high-tech blades; improved loads and controls; and taller, more cost-effective towers. These new features have been developed thanks to close partnerships with LM Wind Power, Blade Dynamics and GE’s Global Research Center.

The turbine also meets a lower standard of noise-emission levels by achieving a 104 dB level during normal operations. In addition, a newly designed machine head reduces the need for a larger crane and facilitates up-tower repairs and troubleshooting with its up-tower electrical system, adds GE.

GE says the turbine is built to leverage the intelligence gathered from across the company’s 30,000-plus fleet of wind turbines; data analyzed from this installed base powers the 4.8-158 with GE’s next-generation control system.

Pete McCabe, president and CEO of GE’s onshore wind business, says, “The 4.8-158 design is an important next step in turbine technology and efficiency, and we’re excited to introduce this turbine at this moment in time. It is well suited for low to medium wind speed regions worldwide; examples include Germany, Turkey and Australia, as well as for mechanisms like auctions, as countries around the world are putting an increased emphasis on lowering the cost of energy.”