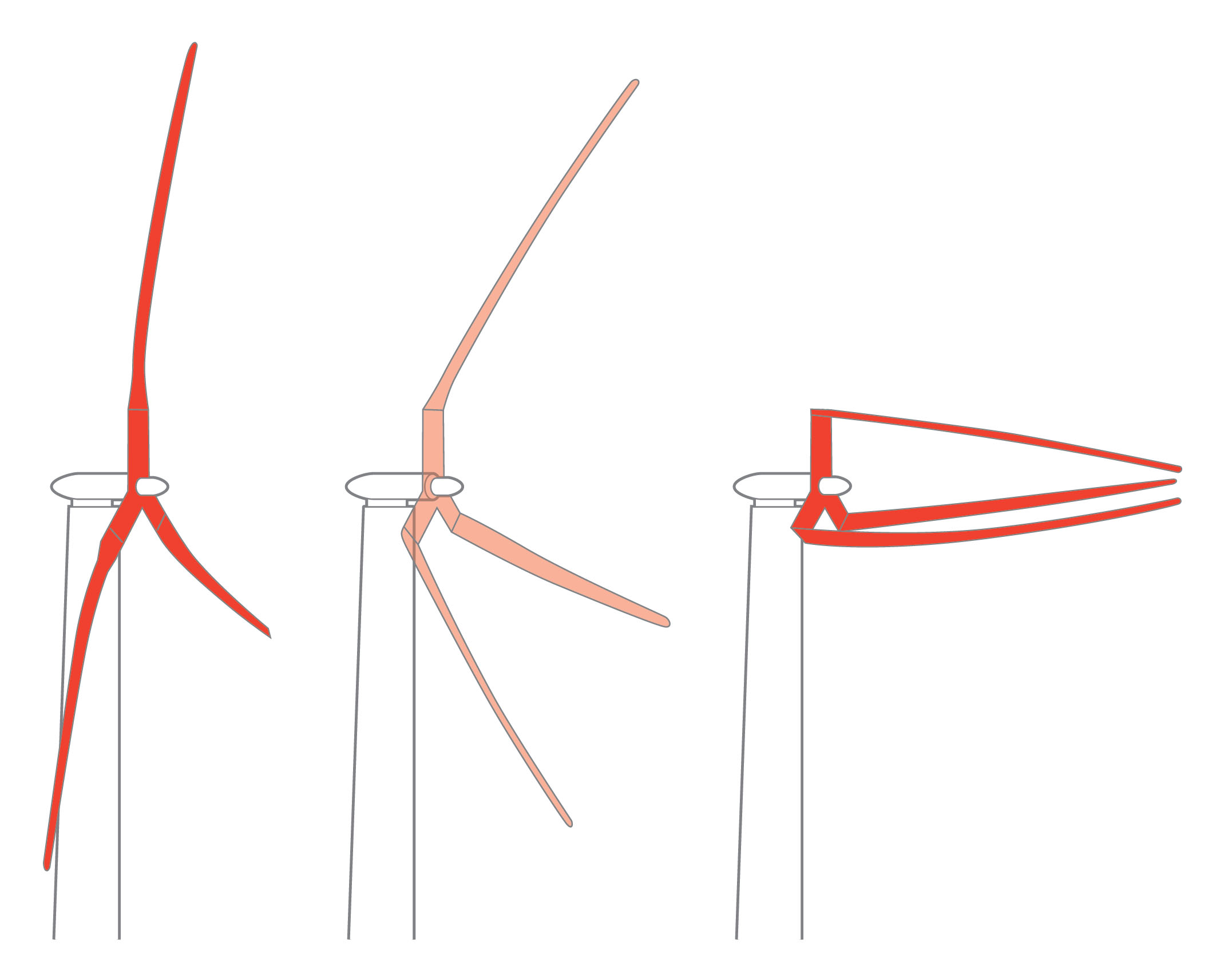 A new design for gigantic wind turbine blades longer than two football fields could help bring offshore 50 MW wind turbines to the U.S. and the world.

Sandia says the SUMR’s load alignment is bio-inspired by the way palm trees move in storms. The lightweight, segmented trunk approximates a series of cylindrical shells that bend in the wind while retaining segment stiffness. This alignment radically reduces the mass required for blade stiffening by reducing the forces on the blades using the palm-tree inspired load-alignment approach.

Segmented turbine blades have a significant advantage in parts of the world at risk for severe storms, such as hurricanes, during which offshore turbines must withstand tremendous wind speeds over 200 mph. The blades align themselves to reduce cantilever forces on the blades through a trunnion hinge near the hub that responds to changes in wind speed.

The team is led by the University of Virginia and includes Sandia and researchers from the University of Illinois, the University of Colorado, the Colorado School of Mines and the National Renewable Energy Laboratory. Corporate advisory partners include Dominion Resources, General Electric Co., Siemens AG and Vestas Wind Systems.

Sandia’s previous work on 13 MW systems uses 100-meter blades (328 feet), on which the initial SUMR designs are based. Although a 50 MW horizontal wind turbine is well beyond the size of any current design, studies show that load alignment can dramatically reduce peak stresses and fatigue on the rotor blades. This reduces costs and allows construction of blades big enough for a 50 MW system.