The City of Tallahassee, Fla., has established a goal to transition to 100% clean, renewable energy across the community by 2050.

The Tallahassee City Commission unanimously approved a resolution establishing a goal of powering municipal operations entirely with renewable sources (e.g., wind and solar) by 2035 and community-wide by 2050. Tallahassee becomes the seventh city in Florida – and the 108th municipality in the nation – to commit to powering itself with 100% clean, renewable energy, according to the Sierra Club.

In addition to committing to transform its energy system, the resolution also sets a goal of electrifying the city’s vehicle fleet by 2035.

As the owner of its own municipal utility – and as Florida’s capital – Tallahassee can serve as an example for the state, the Sierra Club suggests.

“We commend the city for taking this step. The goals set forth in this resolution will take Tallahassee into the solar age, making Tallahassee truly the capital of the Sunshine State,” says Grant Gelhardt, chair of the local Sierra Club Big Bend Group. “This goal would not only put the city as a leader in Florida, but put Tallahassee among the leaders in the nation in sustainability and conversion to 100 percent renewable energy.”

Six other cities across Florida aiming for 100% clean energy are Dunedin, Gainesville, Largo, Orlando, St. Petersburg and Sarasota, according to the Sierra Club. 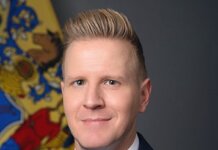