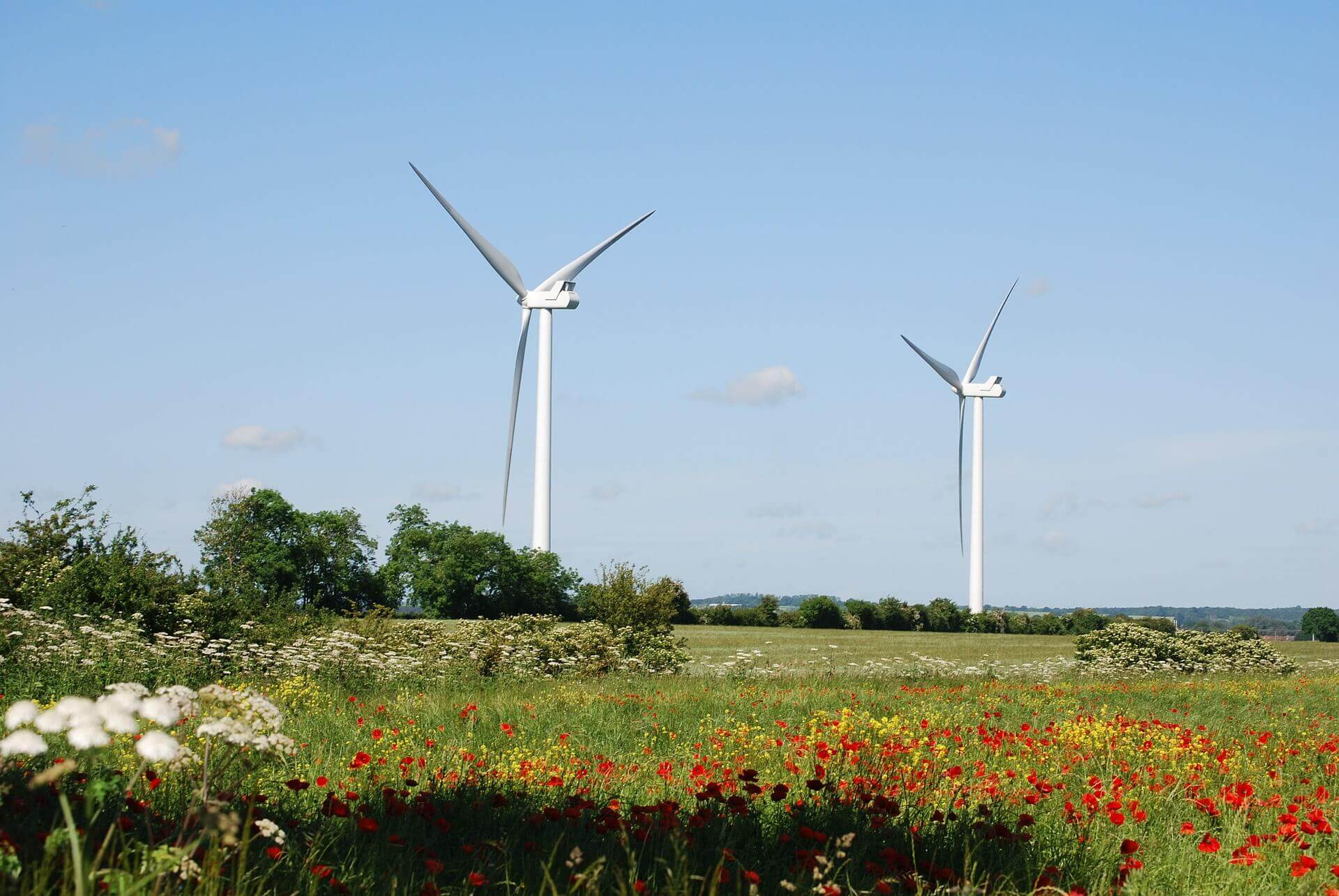 It’s no secret that repowering can provide new life to aging wind fleets. With an average lifespan of 20-25 years, wind turbines installed in the early 2000s – about 7%, or 34 GW of the market, according to the Global Wind Energy Council – are nearing their end-of-life, making aging assets top of mind for many in the industry.

Not only do they face decommissioning and retirement, but these aging assets will typically require higher operations and maintenance (O&M) costs as they continue operating. According to a 2017 IHS Markit report, as the average age of the North American fleet continues to rise, O&M costs for wind fleets are expected to surge through 2030, and cumulative O&M spending is expected to top $40 billion from 2015 to 2025. The same holds true for assets in other regions of the world.

Considering that wind turbines have evolved from relatively humble beginnings into the 2 MW-3 MW behemoths currently turning today, repowering provides an opportunity to increase revenues through improved technologies that promise higher efficiency and productivity while better managing O&M costs. Plus, for those owner/operators who are considering repowering this year, the wind production tax credit (PTC) gives owners through the end of 2019 to repower and qualify for 10 more years of PTC support.

Owners of operating facilities can perform a full repowering – decommissioning and removing an existing turbine and redeveloping the site with modern technology – or a partial repowering, which replaces some of the parts on the original turbines with newer, more efficient technologies. Either way, repowering can allow owner/operators to keep their aging assets running for another decade or more.

While repowering provides a solution to the 7% approaching the end of their operational life, for the rest of the world’s wind market – of which the great majority was built in the last decade – repowering activities are already underway and will only continue to grow.

The following list offers a framework that provides a systematic approach to the process.

In simple terms, repowering is very much a business deal – weighing investment against return on investment (ROI). Whether you are an investor, independent power producer or regulated utility, the initial step in evaluating repower opportunities is to determine the most financially viable geographical area for pursuit.

As a non-utility or independent power source, merchant power has a broader landscape when it comes to choosing which projects to repower. Regulated utilities, on the other hand, are more limited in where they can do projects. Once this is determined, owner/operators can begin to refine available project options and focus on existing projects that exhibit characteristics suitable for further review.

Competitive cost of generation weighs heavily into the overall value of power generated from the wind project. To maximize value, an evaluation should target areas with high power prices that also offer good wind resources. The reported operational performance of a project should also be considered in the evaluation – first seek to identify underperforming projects in areas with the greatest revenue-generating potential. The economics of energy play a critical role, as high costs for traditional power generation make wind an increasingly attractive option.

According to a cost analysis by the International Renewable Energy Agency (IRENA), “onshore wind is now routinely commissioned for $0.04 per kWh,” while fossil fuel generation ranges from $0.05 to $0.17 per kWh. And by 2020, the organization predicts that all currently commercialized renewable power generation technologies will be competing with – or even beating – fossil fuels.

In addition to wind resources, the levelized cost of energy (LCOE) and ROI should be among key metrics when considering where to allocate funds. LCOE represents average revenue per unit of electricity generated that would be required to recover the cost of investment or reinvestment throughout the facility’s life cycle. LCOE plays a critical role in deciding which projects are worthwhile – is this wind repowering investment comparatively the best option? Will it provide the best ROI to justify the expense? Does investing capital now to keep these assets running for another 15-20 years make the most sense? The answer is very much case-by-case, as it depends on the technology in use, the wind resource and the overall costs.

2. Consider the operating history of existing projects: Find the low-hanging fruit of an underperforming project

Owners/operators want to find the environment that provides the best market for power generated. And for this reason, underperforming facilities may provide additional significant value. For those looking to acquire an operating wind project, consider that you’ll probably get a better deal with a facility that has had some bumps in the road. Or look at aging assets that, once outfitted with new technology, will have the potential to provide even more power and/or capacity. And, of course, the risk of each project must be identified and addressed properly.

Particularly for partial repowering, it is critical to carefully consider how the existing balance-of-plant facilities and wind turbines have held up over the years. This part of the evaluation isn’t just a detailed focus on performance from the energy sales perspective, but from a technology and facility design and performance standpoint.

At a minimum, these assessments should be further screened on a fatal flaw basis – be sure to ask, how has this facility’s features (e.g., foundations, towers, collection system) performed across the project site? Was this facility designed in such a way that it may be able to continue operating up to – and past – the initially planned operating life?

3. Transmission screening: Narrow your selection based on transmission constraints

When you evaluate repowering projects, a major decision centers on whether to add more capacity. Be aware that in the time since the original facility was brought online, standards could have changed in such a way that may increase operating requirements for the newly repowered facility or at least constitute a material change to operations. Potential impacts to the existing interconnection agreements need to be evaluated, in addition to new interconnection requirements and costs for their particular independent system operator (ISO).

Adding capacity could trigger time-consuming transmission restudies. These new technologies can put more power on the transmission lines, or even add capacity, which could trigger additional costs or steps depending upon the ISO. For example, if you’re facing an appreciable cost to upgrade the transmission interconnection delivering it, that needs to be factored into whether the project still makes the short list of repowering opportunities.

For reference, the Electric Reliability Council of Texas (ERCOT) has undergone significant rule changes in the last 10-15 years, changing the game in terms of what new projects face in that area. ISO New England is similar in that those projects will undergo more scrutiny and review. Other regions, such as in the Midwest U.S., have not undergone significant rules changes and remain more stable.

4. Environmental and permitting considerations: Narrow your selection based on environmental constraints

The review of a project’s repower potential should also consider whether the repowered facility would have greater impacts to wildlife and the public. It is essential to gain a refined understanding of current jurisdictional requirements – are there new environmental issues? Will these changes impact where new turbines can be sited or if they can be positioned or located there at all?

Many repowering efforts involve upgrades such as longer blades, which allow the capture of more energy. But this makes the facility taller, and some jurisdictions might place additional restrictions on taller wind turbines. Permitting becomes a major consideration – what are local ordinance requirements? Do project permits need to be modified?

Going taller might also mandate the need to perform an aviation study and review. Do you need to file modifications to tall-structures permits? Operators may evaluate a region to weigh the risk by hiring an outside consultant to do an aviation study to answer these questions and prevent potential issues down the line.

In addition, one must not overlook potential impact to the adjacent neighbors and surrounding community. What concerns will they have, and how can they be understood and dealt with prior to committing to repowering? Traditional greenfield project outreach and educational approaches may help address these types of concerns.

Screening for available and suitable wind turbine technology is a critical step. Technology has advanced at a lightning rate in the years since most original turbines came online. Today, there is a wide variety of OEM offerings that may or may not be optimal or fit for the site.

For example, when looking at partial repowering, you must evaluate all of the facility elements to ensure that everything can integrate with the new equipment. Project owners must determine if a partial repowering can be performed with the existing towers and foundations, as certain upgrade options don’t allow for that option. Project owners must also analyze the collection system to select which units to upgrade and to make sure the system is not overloaded.

This five-step framework can help support smarter engagement with vendors and manufacturers by encouraging project owners to take a more pragmatic approach when considering repowering existing assets. Generally, vendors and OEMs have led the charge when it comes to optimizing or repowering, often approaching project owners with suggested upgrades.

But with a staged approach such as this, project owners can proactively analyze their portfolios and weigh the benefits of repowering, becoming more empowered to ask the hard questions: Across my fleet, where should I spend my dollars? Which upgrades should I buy? Which ones make the most sense for me as an owner?

Although the process of evaluating projects for repowering is complex, breaking it down into the above framework provides a strategic, sensible approach.

Sean Tilley is the wind services and technology director for the renewable energy group within Black & Veatch’s power business. He can be reached at tilleys@bv.com or (720) 834-4336.