As more wind energy is connected to the grid, ensuring the correct electrical performance of the wind turbine is critical in order to maximize production and also ensure the safe operation of the grid.

Following power converter installation, unwanted firmware behavior can have serious consequences, from impact on production leading to reduced revenues, to non-fulfilment of grid code requirements. It can even lead to damage to other turbine components, resulting in higher operational and maintenance costs.

Ingeteam’s firmware development methodology has been developed to minimize onsite validation and certification and has several key benefits:

Through this methodology process, any issues found during the validation stage are quickly fed back into the development stage to be corrected.

The firmware development is based on a procedure that is focused on the definition and successful execution of validation tests, with the ultimate aim of verifying and demonstrating that the customer’s requirements are fully met. This step relies on the definition of the tests and on the platforms used during the validation process.

Firmware validation is a test-based approach, requiring the correct definition and tracking of the requirements and the test sequences. Replicability of test plans is essential for any accurate validation of new firmware releases, so it must be automated where possible.

The first step involves the definition of the tests that will form the test plan, followed by the programming of the execution of the tests. For this purpose, Ingeteam has developed a web-based test automation tool to execute these tests.

Test cases are defined based on a database containing test requirements, project-specific parameters and test acceptance values. An important part of this step is defining the target system, either SiL- or HiL-based, where each test will be executed.

The defined tests are then fed into the automation software, which executes the tests. Based on the target defined in the previous step, the correct system, based on either the SiL or HiL model, is launched. The targeted system must have a dedicated API available for this purpose.

After the test cases are executed, the results are processed to check that the acceptance values are met for each of the test cases, independent of the targeted system, and an acceptance report is generated, acknowledging the fulfilment of the performed test cases.

SiL modelling is for the critical control software components and comprises detailed representation of the converter, generator, grid and control logics inside an EMT model, where the main control routines are compiled into an executable library (i.e., .DLL) with the exact same source code that is deployed in the converter.

To overcome the limitations of SiL validation, a real-time simulation platform that incorporates the real converter control unit (CCU) is included in Ingeteam’s validation procedure.

The main benefit is that when using HiL modeling, the firmware tested is exactly the same as the one released to production, running exactly in the same controller that is installed inside the converter.

For both SiL and HiL models to be trusted, the results of both models are always correlated to each other under the same test conditions, ensuring that the library component can be fully trusted when a HiL system is not available for controller integration. Ingeteam’s validation process has been designed to ensure the highest levels of reliability of wind turbine power converters.

Increasing complexity of converter controller firmware demands an accurate testing and validation process to guarantee a reliable firmware integration prior to field deployment of the production code.

Ingeteam’s firmware development methodology ensures that the controller and the production code are fully tested throughout the development stages, which minimizes the on-site validation and certification phase, as well as reduces time to market: contributing to reduced levelized cost of energy. 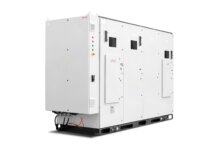 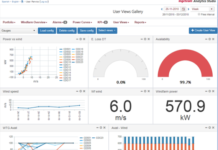 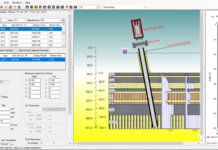