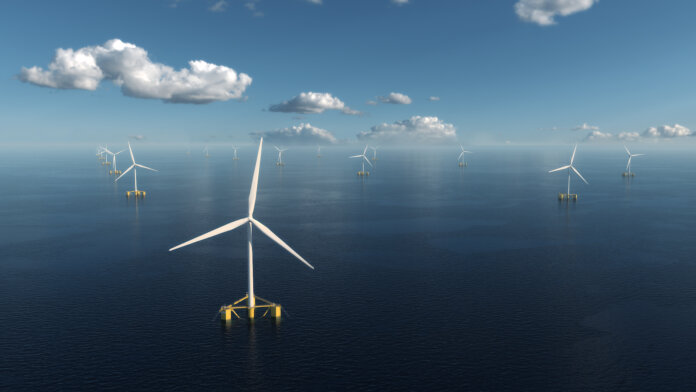 Nora Ventu, the company set up by the partnership between Falck Renewables and BlueFloat Energy to develop floating offshore wind farms off the Sardinian coast, has launched a consultation to provide local communities with more information on two projects to be developed in the Gulf of Cagliari.

Nora Ventu, named in homage to Sardinia’s history and ancient culture, has begun a series of meetings with local stakeholders to outline its proposals for two offshore floating wind farms, Nora Energia 1 in the southwest, and Nora Energia 2 in the southeast, which together would have a total of around 1.4 GW of installed capacity.

This local engagement starts before the beginning of the authorization procedure, the first step of which will be a preliminary consultation process known as scoping, aimed at defining the scope of the environmental impact study.

Requests for a maritime concession for each of the two projects were filed with the Ministry of Infrastructure and Sustainable Mobility and the Port System Authority of Cagliari at the end of December 2021. In addition to generating clean energy, the developers behind the Nora Energia 1 and Nora Energia 2 projects are pursuing a collaborative and value-sharing approach with the local communities.

The Nora Energia 1 project proposal foresees 53 wind turbines, with a total installed capacity of 795 MW, located in the sea area of the Sardinian Channel southwest of the Gulf of Cagliari, positioned at distances between 22 km (minimum distance from the coast) and 34 km from the coast. It will have an expected annual production of 2.6 TWh.

The Nora Energia 2 project proposal foresees 40 wind turbines, with a total installed capacity of 600 MW, in the stretch of the sea inside the Sardinian Channel and south-east of the Gulf of Cagliari, located about 30 km south of Capo Carbonara. It has an expected annual production of 1.9 TWh.