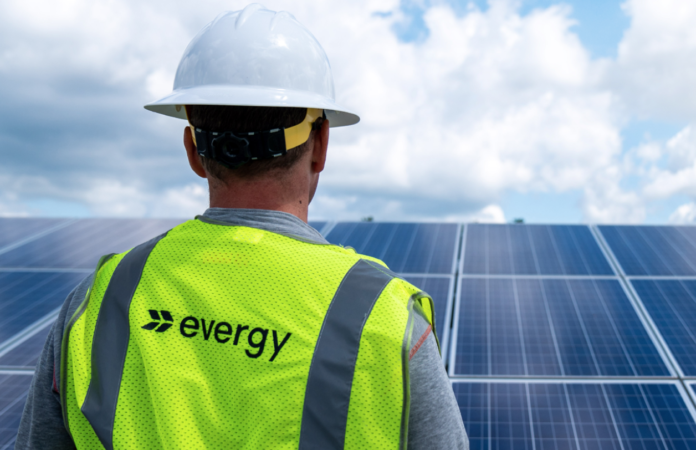 Evergy Inc. says it will expand its wind energy portfolio by 660 MW and reduce its carbon output 80%. Electricity from four new wind energy sites will be used to attract and retain large commercial and industrial customers.

Evergy has committed to achieving an 80% reduction in carbon dioxide emissions below 2005 levels from its fleet of power plants by 2050, which is a commitment consistent with the Paris Climate Accord. By the end of 2020, Evergy will have reached an estimated 40% reduction in emissions.

The addition of 660 MW of wind will bring the total amount of wind serving Evergy customers to 4,535 MW, making Evergy one of the top five wind energy companies in the U.S. The energy from these wind farms will be used to support and expand Evergy’s Direct Renewables Program, which allows Kansas companies to access clean wind energy to become more sustainable and reduce the overall cost of energy.

Evergy plans to use the additional wind energy as an economic development tool to attract manufacturers and technology companies who are seeking cost-effective, sustainable and carbon-free energy.

“Without question, we are uniquely positioned to be a regional and national leader in the development and expansion of renewable energy,” says Laura Kelly, governor of Kansas. “Renewable energy is about far more than a cleaner future – it’s about jobs. It’s about adapting to the economy. It’s about innovation and business growth. My administration will continue to work together with stakeholders, consumers, businesses and industries alike. Because at the end of the day, we all will benefit from forward-thinking energy initiatives.”

Combined, the four new wind projects bring $180 million to the region, including hundreds of construction jobs and dozens of permanent green energy jobs. The projects include the following:

Evergy Inc. serves approximately 1.6 million customers in Kansas and Missouri. The company generates nearly half the power they provide to homes and businesses with emission-free sources.