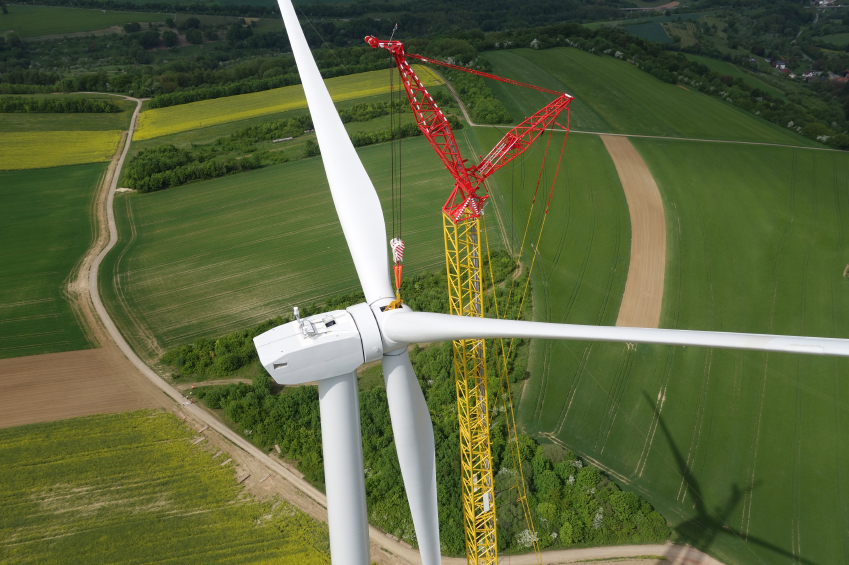 Atlanta-based engineering, procurement and construction (EPC) services provider Amec Foster Wheeler has been a mainstay in the Canadian wind market. Over the past decade, the company has helped install 1.7 GW north of the border, including 1.3 GW in Ontario.

In fact, the $9 billion conglomerate, which has divisions in oil and gas, mining, and renewable energy, helped build the 270 MW K2 wind project in Ontario – Canada’s largest project to date.

However, with the wind market easing in Ontario while booming in the U.S., Amec Foster Wheeler is building upon its success in Canada to position itself as a major player in the U.S. wind market, Mark Winstead,vice president of wind operations, tells North American Windpower. (That is not to say that the company is a complete stranger to U.S. renewables – it is one of the largest builders of solar projects in the U.S.)

“We think there’s a lot of opportunity in the U.S.,” explains Winstead, referring to the recent five-year extension of the production tax credit. “Although the competition among service providers is greater here in the U.S., many competitors have reached capacity, and very few of them offer the full range of in-house, EPC services that we have,” he says.

Winstead says that after having built renewables projects in both Canada and the U.S., his team understands the subtle nuances between the two markets. For example, wind farm construction costs are typically two- to three-times more expensive in Canada than in the U.S., as union labor and materials are generally pricier north of the border. The time needed to complete projects is typically longer in Canada, too, as the country’s long, cold winters necessitate build cycles that run across two calendar years. In the U.S., the timeline for wind projects generally runs about six to 10 months, and winter work is typically the norm.

Despite the increased costs and longer timeline associated with Canadian projects, the competition is less, and Amec Foster Wheeler, a well-established service provider, could be among the dominant service providers in the market, according to Winstead.

Just the same, Ontario’s wind market is slowing due to economic and political factors. Additionally, the province cut its feed-in tariff, which helped usher in a bevy of wind projects since 2009.

Having completed wind projects from Nova Scotia to British Columbia, Amec Foster Wheeler is well versed in wind – which is why Winstead is confident in the company’s ability to compete in the U.S.

“We have a lot of in-house capability,” Winstead says, referring to the company’s staff engineers and construction craft. “We specialize in providing solutions for our clients. We can take the owner’s request for proposal and determine how to deliver the project safely, economically and timely, but more importantly, for our clients, we provide value engineering alternatives that are meaningful,” he says.

Winstead says creating value by having a shared vision with its clients has differentiated Amec Foster Wheeler from the pack. “We’re relationship driven, not opportunity driven. Our success will be more about quality than quantity,” he says. Thus far, the strategy seems to have paid off, according to the company, as it has secured half a dozen new contracts in the wind market this year.

“There are a lot of opportunities out there, but we are not chasing them all,” Winstead says. “We’d rather be selective in our pursuits and execute a project well than try to be everything to everyone.”

Mark,
A move into the US wind market sounds exciting and achievable based upon the success in Canada. If I can be of any assistance with relationship building, please contact me through LinkedIn, e-mail or telephone (908-500-8313). Thank you. Eric Svendsen