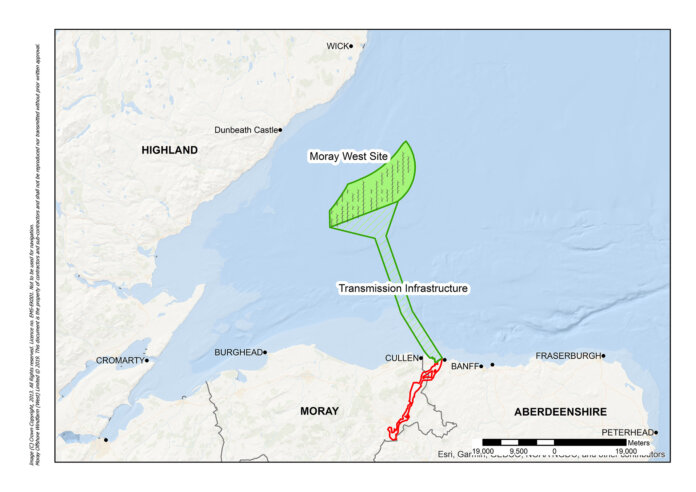 Moray West is part of the portfolio being developed by Ocean Winds, a 50/50 joint venture owned by EDPR Renewables and ENGIE, dedicated to offshore wind. Located in the Moray Firth off the coast of Scotland, the project will deliver 882 MW of energy.

“People across the U.K. and Europe are increasingly worried about climate change and energy security. We share that concern and believe technology is an important part of the solution – both by reducing our own emissions, and by helping others to reduce their own,” declares Matt BRITTIN, president of Google EMEA. “This new investment in U.K. renewable energy brings us one step closer to reaching our goal of operating entirely on carbon-free energy by 2030, and means that, in the U.K., we’ll be running on at or near 90 percent carbon-free energy in 2025.”

“This PPA represents the realization of offshore wind as a powerful source of energy capable of meeting the high energy demands and carbon neutrality targets of countries and clients,” states Bautista Rodriguez, Ocean Winds’ CEO. “Ocean Winds is proud to accompany Google in this journey and work hand in hand with ENGIE for this successful commercial outcome. Currently developing, building or operating more than 6 GW of offshore wind projects in the U.K., Ocean Winds participates actively in the necessary transition to clean energy.”

“We are very pleased to support Google in its progress towards its carbon-free target. As a major player in PPAs, ENGIE designs innovative green corporate PPAs for off-takers from offshore wind, thanks to the strong development of Ocean Winds, as we do for our onshore renewable projects. This contract demonstrates the strength of the Group’s renewable portfolio, with 37 GW of renewable assets, a major advantage for our customers in their decarbonization strategy,” explains Paulo Almirante, ENGIE’s senior EVP in charge of renewables, energy management and nuclear activities.