Totaling roughly 300 MW of renewable energy capacity, the Whitney Hill and White Cloud wind projects – together with the 450 MW High Lonesome wind project and 497 MW Roadrunner solar project, both being built in Upton County, Texas – bring the company’s total renewable capacity under construction in the country to 1.25 GW.

The 66 MW Whitney Hill wind project is located in Logan County, Ill., adjacent to the company’s existing 185 MW HillTopper wind farm, which began commercial operation in December 2018. Whitney Hill is expected to begin operations by the end of 2019, generating around 246 GWh annually, equivalent to approximately 167,000 tons of CO2 emissions avoided each year. Both the Whitney Hill and HillTopper wind projects were developed by Swift Current Energy.

The 236.5 MW White Cloud wind project is located in Nodaway County, Mo. Once operational, expected by the second half of 2020, the project will be able to generate around 950 GWh annually, avoiding the emission of approximately 643,000 tons of CO2 per year. White Cloud will be Enel Green Power’s second wind farm in the state, along with the 300 MW Rock Creek wind farm, which began operations in 2017.

“Today’s announcement reinforces our commitment to continued growth throughout the country,” says Georgios Papadimitriou, head of Enel Green Power North America. “These projects will enable us to further capitalize on the abundant wind resource in the central U.S. as we continue to expand our footprint in this region and increase the geographical diversification of our portfolio.” 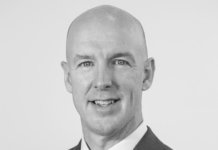