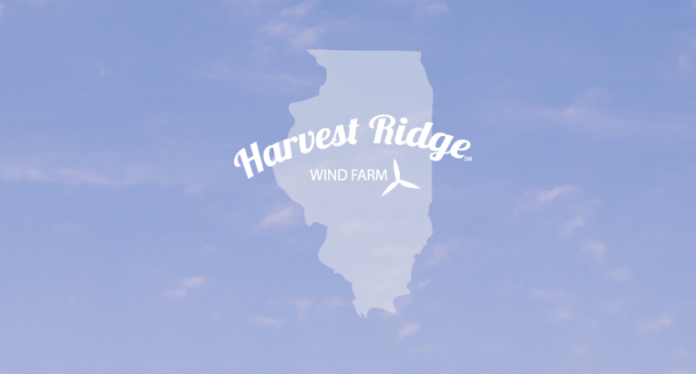 “I’ve worked on four of EDPR’s wind farms in Illinois and have seen the benefits we bring to the communities who host our projects,” says Mike Duffy, lead technician at the Harvest Ridge Wind Farm.

“Harvest Ridge will contribute more than $2 million dollars in taxes each year to support local public services, including the Villa Grove school district – where my kid attends. These are real dollars that make a real impact, and I’m proud to be a part of bringing this clean energy opportunity to the area,” he adds.

Harvest Ridge Wind Farm will provide numerous benefits to Douglas County and its local communities. Over the life of the project, Harvest Ridge will contribute up to $50 million in taxes to support local public services such as schools, roads, fire districts, libraries and others. The wind farm will also provide a stable form of income to local landowners who have leased land to EDPR to host the wind farm infrastructure. More than 250 people worked on the construction of the wind farm, and 10 full-time employees will continue to operate and maintain the turbines throughout the project’s lifecycle.

In addition to boosting the local economy, Harvest Ridge will positively contribute to the environment by saving more than 355 million gallons of water each year and displacing carbon emissions from fossil fuel power plants, which are a major contributor to climate change.

Over the next several months and while the wind farm produces clean energy, the construction efforts will continue and will be focused on road repairs and other land restoration work. Building the wind farm required dozens of subcontractors including many local businesses.

Collectively, EDPR’s seven operational Illinois wind farms represent an estimated capital investment of approximately $2.3 billion and $1.5 billion spent in the state through the end of last year. Through 2019, the projects have also distributed $66.8 million to local governments and $75.8 million to local landowners.