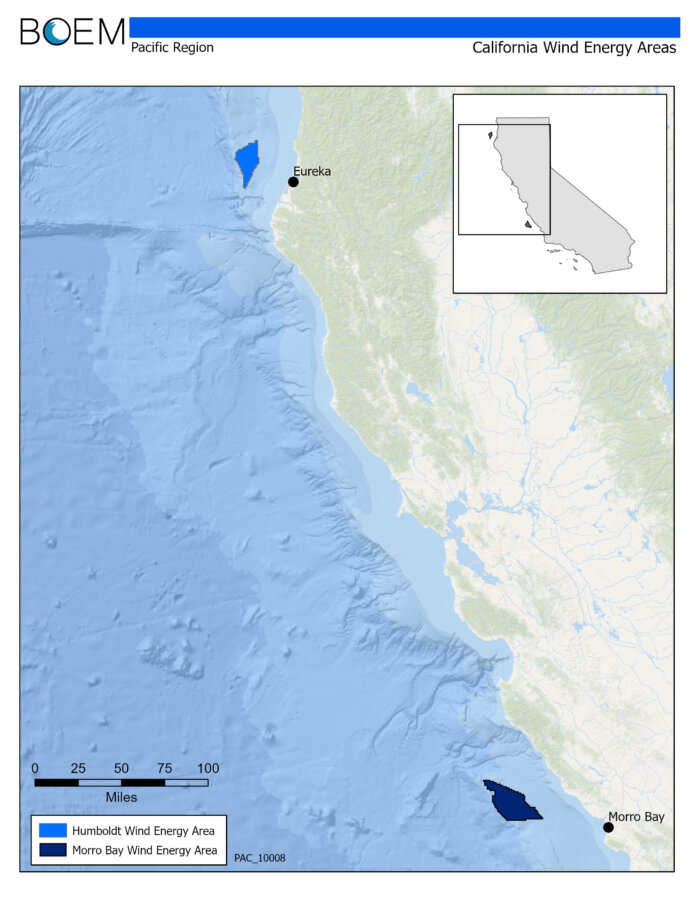 In yet another step forward in the Biden-Harris administration’s pursuit of a clean energy economy, the Department of the Interior has announced the next steps for and welcomed public comment on offshore wind lease sales in two regions on the Outer Continental Shelf offshore California.

This is the first-ever offshore wind lease sale proposed on America’s west coast.

In May 2021, Secretary of the Interior Deb Haaland, White House National Climate Advisor Gina McCarthy, Under Secretary of Defense for Policy Dr. Colin Kahl and California Gov. Gavin Newsom announced an agreement to advance areas for wind energy development offshore the northern and central coasts of California. The proposed sale is part of the leasing path announced last year by Secretary Haaland to meet the Biden-Harris administration’s goal to deploy 30 GW of offshore wind energy by 2030.

“The demand and momentum around our work to build a clean energy future is undeniable. The Biden-Harris administration is moving forward at the pace and scale required to help achieve the President’s goals to make offshore wind energy a reality for the United States,” says Haaland. “We are taking another step toward unlocking the immense potential of offshore wind energy offshore our nation’s west coast to help combat the effects of climate change while creating good-paying jobs.”

“This action represents tangible progress towards achieving the Administration’s vision for a clean energy future offshore California, while creating a domestic supply chain and good-paying union jobs,” states Amanda Lefton, Bureau of Ocean Energy Management (BOEM) director. “BOEM is committed to robust stakeholder engagement and ensuring any offshore wind leasing is done in a manner that avoids or minimizes potential impacts to the ocean and ocean users. The Proposed Sale Notice provides another opportunity for local communities, Tribes, ocean users, developers and others to weigh in on potential wind energy activities offshore California.”

To date, BOEM has held 10 competitive lease sales and has issued 25 active commercial offshore wind leases in the Atlantic Ocean from Massachusetts to North Carolina. The California lease sale will be the first in the Pacific region.

“Floating markets are advancing quickly in Asia and Europe creating a race to develop our own capabilities and position the U.S. as a global leader in this cutting-edge market,” comments Liz Burdock, CEO and founder of the Business Network for Offshore Wind. “The Business Network congratulates President Biden’s and Governor Newsom’s administrations for this historic moment bringing offshore wind to the world’s fifth largest economy and taking necessary steps to set up a robust supply chain of domestic businesses that will elevate America as a frontrunner to an in-demand technology.”

The PSN, which will publish in the Federal Register on May 31, 2022, opens a 60-day public comment period and provides detailed information about the proposed lease areas, proposed lease provisions and conditions, and auction details.

BOEM is seeking feedback on several lease stipulations that will reaffirm its commitment to create good-paying union jobs and engage with Tribal governments, underserved communities, ocean users, and other stakeholders.

Some of these potential stipulations include a 2.5% bidding credit to bidders who have executed or commit to executing a community benefit agreement with a community or ocean users (e.g., commercial fisheries) whose use of a lease area, or whose use of resources harvested from a lease area, is directly impacted by the lessee’s potential offshore wind energy development.

A 20% bidding credit to bidders will be given to those who commit to invest in programs that will advance U.S. offshore wind energy workforce training, supply chain development, or both. There is a requirement that lessees make every reasonable effort to enter into a project labor agreement covering the construction of any project proposed for the lease area.

Other stipulations include requirements for lessees to engage with Tribes, underserved communities, ocean users and agencies. Lessees will be required to report on their engagement and make reasonable efforts to implement their projects in a manner that minimizes and mitigates their projects’ adverse effects, if any, on these parties.

“In support of that effort, it is encouraging to see the Bureau of Ocean Energy Management continue to expand the multifactor bidding model in response to state and stakeholder input,” Burdock adds. “The valuable auction credit will spark major investments in domestic ports, manufacturing facilities, and workforce development centers and encourage closer collaboration over local priorities including commercial fishing.

Comments received by the end of the public comment period will be made available on the BOEM California webpage and considered before deciding whether to publish a final sale notice, which would then announce the time and date of the lease sale, as well as list the companies qualified to participate in it. 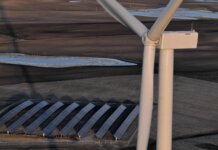