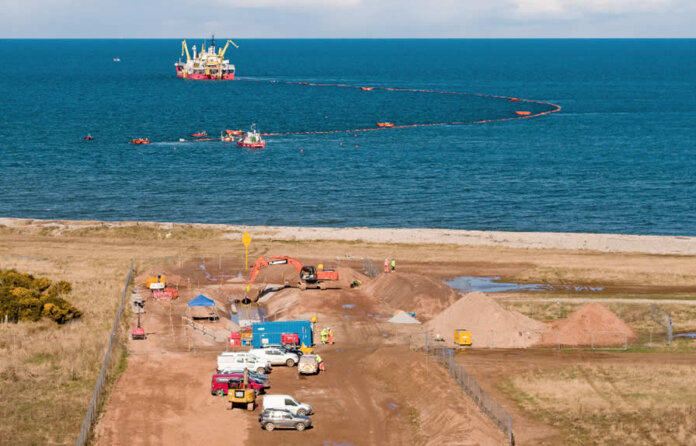 Ebflow reduced pressure electron beam (RPEB) welding, a new process that is will reduce welding times by as much as 80%, is expected to be used during the first phase of the Dogger Bank wind farm to fabricate welds on offshore wind foundation monopiles.

It will be the first time RPEB has been used on a large-scale offshore infrastructure project and has come about as part of a collaborative partnership – RapidWeld. The RapidWeld project aims to create an industry-approved weld process for offshore wind which is more productive and sustainable than established methods while significantly reducing energy and material costs significantly.

“It’s exciting that Ebflow is being used at Dogger Bank – a project which continues to contribute to the U.K. economy by creating jobs and supporting the supply chain,” says Steve Wilson, SSE Renewables project director for Dogger Bank wind farm. “No doubt, other offshore projects across the world could ultimately benefit from what the Rapidweld partnership achieves.”

The RapidWeld project team is made up of SSE Renewables; Aquasium Technologies, the SME designer and manufacturer of the RPEB equipment; Sif, a global manufacturer of offshore foundations; and TWI, a U.K.-based welding research establishment.

Sif will be responsible for the fabrication and supply of 190 monopiles and primary steel for the transition pieces, as well as for the marshaling of all foundation components for the first two phases of Dogger Bank.

Ebflow RPEB uses heat generated by a beam of high-energy electrons to make high-strength and durable welded steel join in a clean and efficient way. The Rapidweld project is expected to develop methods that outstrip existing welding technology and reduce the costs of future offshore wind foundation monopiles by up to 20%.