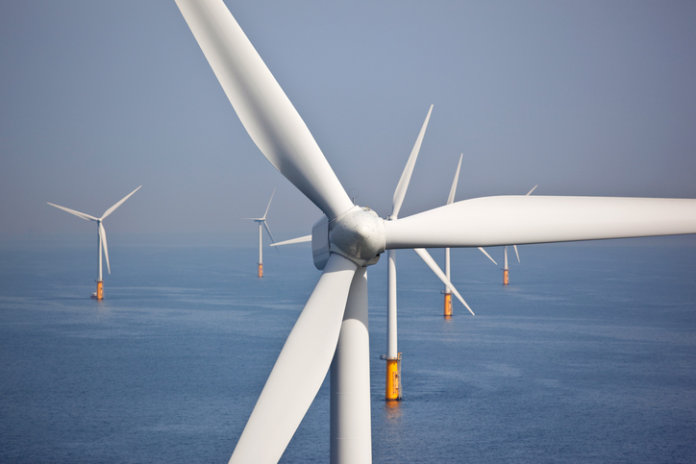 Providence, R.I.-based Deepwater Wind is submitting a response to Massachusetts’ call for offshore wind. The Revolution Wind project would be paired with a “first-of-its-kind offshore transmission backbone” developed in partnership with National Grid, as well as hydroelectric pumped storage through a partnership with FirstLight Power.

“We are proposing a next-generation renewable energy project. It’s the first of its kind in the world, and that’s why we call it Revolution Wind,” says Jeffrey Grybowski, CEO of Deepwater Wind. “Our offshore wind solution can replace power plants of prior generations that are now retiring. Offshore wind produces a massive amount of clean energy, and we can now deliver that power even when the wind is not blowing. Plus, building an offshore transmission backbone that multiple offshore wind projects can connect to over the coming years means we’re building a smart system that won’t duplicate costs from multiple projects.”

Deepwater Wind previously proposed an initial 144 MW phase of Revolution Wind under the state’s earlier 83D solicitation; decisions on those bids are expected next month. Under Deepwater Wind’s 83C proposal, Revolution Wind would be built at various sizes and up to 400 MW in its first phase.

Revolution Wind would be capable of delivering clean energy to Massachusetts utilities when it’s needed most, during peak hours of demand on the regional electric grid. A partnership with FirstLight Power, using its Northfield Mountain hydroelectric pumped storage in Northfield, Mass., would make this peak power offering possible, says Deepwater Wind. By partnering with the storage capability of the largest hydroelectric pumped storage facility in New England, the offshore wind project would act like a baseload resource, the developer explains. No new transmission lines would be needed for this element of Revolution Wind.

“Northfield Mountain, New England’s largest source of green energy storage, can store wind energy when demand is at its lowest and deliver it back to the commonwealth’s consumers when it’s needed most,” says John Shue, FirstLight Power’s senior executive. “Pairing clean energy storage at Northfield Mountain with offshore wind energy will ensure that the people of Massachusetts capture the greatest environmental benefit they can in the most efficient manner possible.”

Deepwater Wind is also partnering with National Grid Ventures on developing an offshore transmission network that would support not just Revolution Wind but also future offshore wind farms built by other developers. The first phase of this system would be the transmission connection between Revolution Wind and the Massachusetts electric grid, laying the groundwork for a network – scalable up to 1.6 GW – connecting future offshore wind farms.

According to Deepwater Wind, this cooperation is in the best interest of Massachusetts electric customers because it would reduce the amount of electrical infrastructure needed to support the state’s 1.6 GW offshore wind goal; each subsequent developer would not have to build its own cable network.

Utilities and state regulators are expected to make decisions in January 2018 for the 83D solicitation and again in April 2018 for this 83C solicitation. In its 83C bid, Deepwater Wind also proposed the required 400 MW configuration of the Revolution Wind proposal, as well as a smaller, 200 MW project.