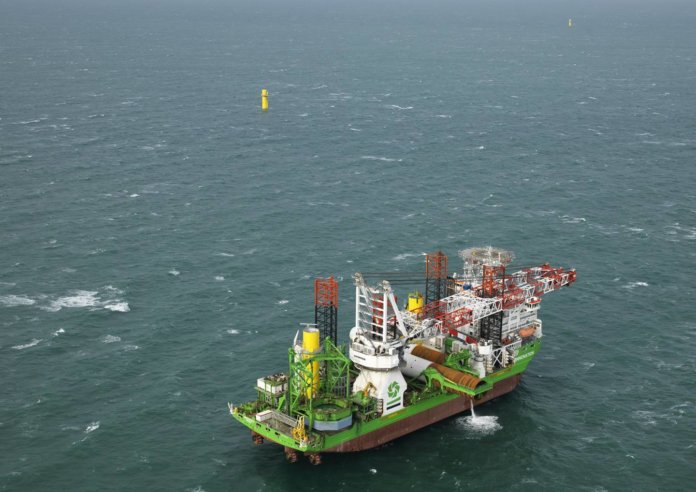 Orsted has started construction on its first offshore wind farm in the Netherlands, with the installation of foundations at the 752 MW Borssele 1 & 2 site.

The farm is located 22 kilometers off the coast of the Dutch province of Zeeland. At water depths ranging from 14 to 39.7 meters, a total of 94 monopile foundations will be constructed. Starting in April, 94 Siemens Gamesa 8 MW wind turbines will be installed.

“It’s great that the installation has started now, according to plan. We’re well on track with the construction of the wind farm. Borssele 1 & 2 will be operational by the end of 2020,” says Henrik Egholm, EPC director for Borssele 1 & 2.

The monopiles and transition pieces for Borssele 1 & 2 have been fabricated by Sif, EEW SPC, EEW OSB and Bladt Industries. All foundations will be installed by DEME.