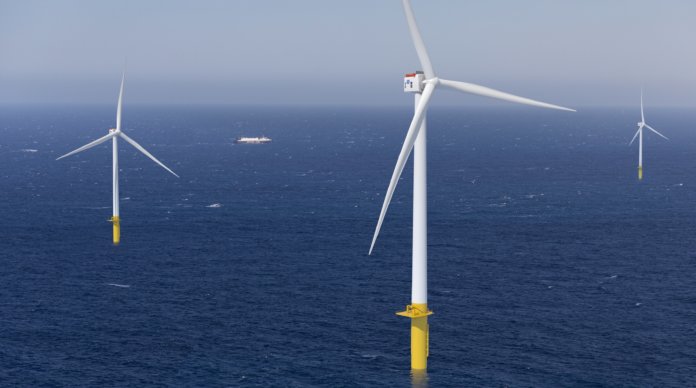 The wind farm is located near the coastal village of Ulrome, East Riding of Yorkshire, England, and will make use of the world’s most powerful turbine, GE’s Haliade-X.

Jones Bros. Civil Engineering, a U.K.-based civil engineering contractor, has been awarded the contract to install the onshore cable infrastructure for the Creyke Beck A and Creyke Beck B sites. The works will also involve completing bulk earthworks at the onshore HVDC convertor station locations in East Riding. The onshore infrastructure includes the installation of approximately 20 miles of electrical cables within ducts. The ducts will be installed within trenches and where required via drilling under existing infrastructure and natural obstacles.

“Getting the first spade in the ground is a significant milestone on any project, but for what will be the world’s largest offshore wind farm, this is a major moment for a project that has already been over a decade in the making,” says Steve Wilson, managing director of Dogger Bank Wind Farms. “Dogger Bank Wind Farms will play a critical role in the UK’s effort to achieve net-zero and we’re incredibly pleased to work with the Jones Bros as we commence construction and start delivering Dogger Bank.”

There will be up to 100 Jones Bros. personnel, from management to apprentices and trainees, on-site at the height of the works.