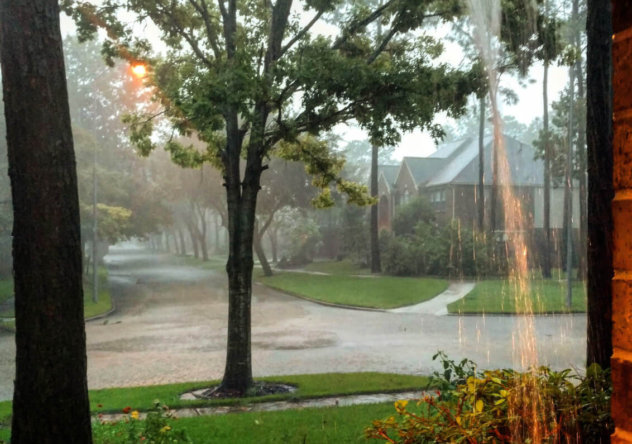 As Tropical Storm Harvey continues to devastate parts of coastal Texas, the Electric Reliability Council of Texas (ERCOT) and operators of wind farms in the vicinity of the storm are reporting what they know so far regarding damage.

In an update issued on Sunday, ERCOT said conditions had “remained steady” over the previous 24 hours. However, the independent system operator was reporting “widespread transmission outages,” particularly near Victoria and Corpus Christi. ERCOT manages the power flow to 24 million customers in Texas; that represents roughly 90% of the state’s entire load.

“While power to some areas that were affected by Hurricane Harvey Friday night have been restored, new outages are likely over the next several days as the tropical storm affects other parts of the ERCOT region, including the Houston area,” ERCOT said in a release, adding that it “continues to work with transmission and generation owners to protect the overall reliability of the grid.”

For Pattern Energy, its Gulf Wind project is situated right on the Gulf Coast in Kenedy County. Luckily, John Martinez, the director of operations, has shared that the 283 MW project “operated through the storm and did not sustain any damage.”

Also in Kenedy County is Avangrid Renewables’ Peñascal wind facility, comprising two projects totaling 403.2 MW of power. According to Paul Copleman, communications manager for Avangrid, the company evacuated all 39 workers from the wind complex before noon on Thursday. Then, Avangrid remotely operated the project from its National Control Center in Oregon – but only until wind speeds topped 55 mph.

Copleman says Avangrid then shut down the project when Harvey emerged onshore; however, operations started back up on late Saturday morning.

“We are not at full capacity, but are working toward that goal as soon as plant personnel are able to secure their families and residences and then get back on-site,” he adds. “The safety of our personnel remains the primary focus. We remain cautious given the changing conditions and the anticipated record flooding in the region.”

The Southern Alliance for Clean Energy, which reports in a blog that a hurricane has never destroyed a U.S. wind project, brings up the fact that wind farms in coastal areas are often built to accommodate extreme winds. For example, turbines can automatically turn off when winds are too high, and they’re equipped with technology – e.g., active yaw systems – to prevent damage.

Overall, Edward Einowski, a Stoel Rives partner who works with wind developers, predicts that Harvey will not have “much of a direct impact on Texas’ wind energy generation,” considering the majority of the state’s projects are situated near the panhandle, which is not in the way of the storm.

However, he predicts that the “intermittency of wind” could present some challenges when it comes to restoring power in areas that have lost electricity.

“But other than the scale of the outages – which may end up being quite large – I am not sure there is much unusual in that regard,” Einowski concludes.

Importantly, Clean Line Energy Partners, which is headquartered out of Houston, is checking in with good news on behalf of its staff.

“The Clean Line team seems to be safe, so far,” says Sarah Bray, the company’s vice president of communications. “We are each trying to volunteer and help our community however we can. Some folks have brought families in to stay with them, some are out volunteering at local shelters, others are cooking for volunteers and many are donating needed items. We are so grateful for the many volunteers and first responders who are tirelessly working to help so many people.”