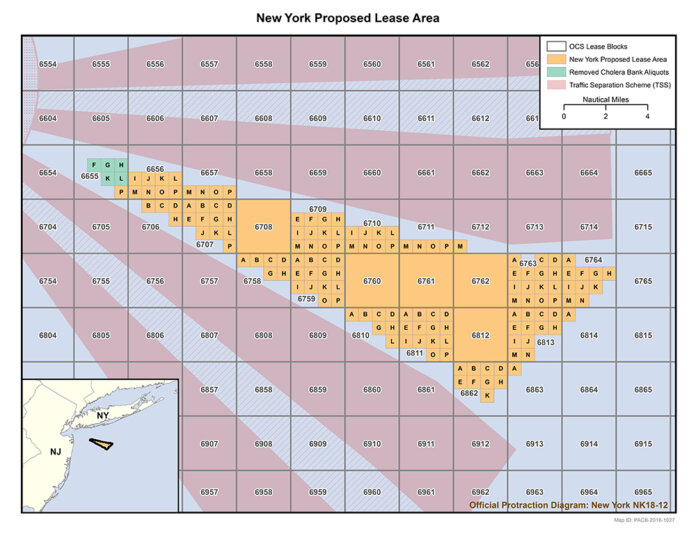 The Bureau of Ocean Energy and Management (BOEM) has published the availability of the Draft Environmental Impact Statement (DEIS) for the proposed Empire Wind energy project off the shores of New York. This proposed 2,076 MW project, if approved, could provide power for at least 700,000 homes.

“BOEM continues to drive significant progress to meet the Biden-Harris administration’s ambitious climate goals, and our commitment to advance offshore wind is keeping pace with our commitment to do this right,” states BOEM Director Amanda Lefton. “As we expeditiously review offshore wind projects, BOEM remains committed to fully analyze impacts with an emphasis on avoidance, minimization and if needed, mitigation, and will continue to engage with Tribal nations, stakeholders and ocean users.”

The Empire Wind DEIS can be found on BOEM’s website, and the Notice of Availability for the DEIS will publish in the Federal Register on Nov. 18, which will open a 60-day public comment period that ends at 11:59 p.m. ET on Jan. 17, 2023. The input received via this process will inform preparation of the Final EIS.

The proposal includes up to 147 offshore wind turbine generators, two offshore substations, two offshore electrical cable routes, up to three export cable landfall sites, up to three onshore electrical cable routes and two onshore substations, providing connection to the existing electrical grid in Brooklyn and Long Beach, N.Y. The DEIS analyzes the potential environmental impacts of the project as described in the COP and several alternatives to the proposed action.

BOEM will use the findings of the EIS to inform its decision on whether to approve Empire Wind’s COP, and if so, which mitigation measures to require. During the comment period, BOEM will hold three virtual public meetings, where the public can learn more about the review process, the EIS schedule, potential impacts from the proposed project and proposals to reduce potential impacts. There will also be an opportunity for participants to provide comments on the DEIS.