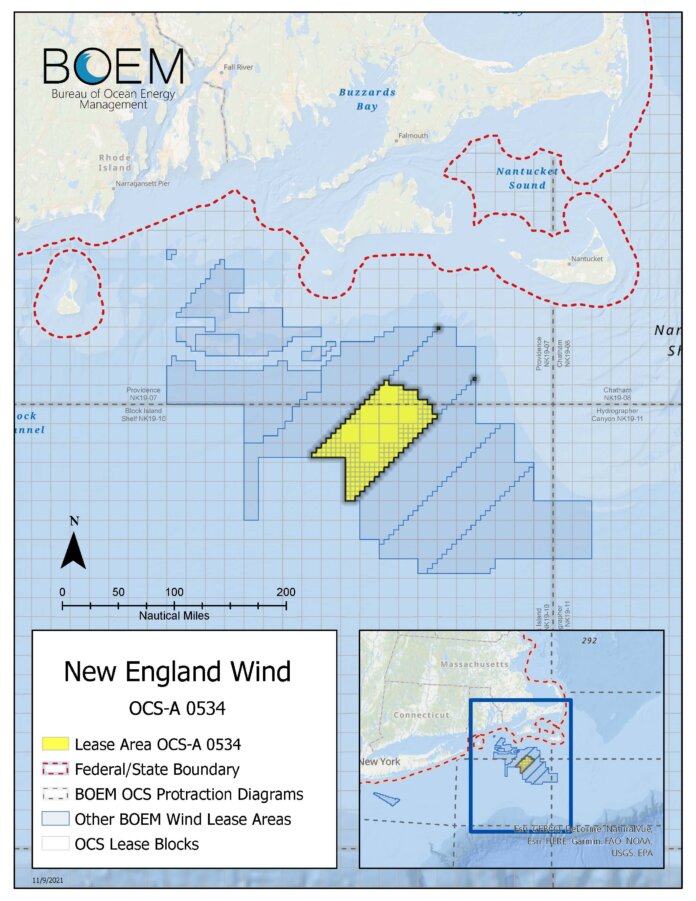 BOEM has initiated the environmental review of 10 projects, with more to come. Of these, New England Wind represents the sixth project to reach the DEIS stage of review.

In addition to this action, the Department of the Interior has approved the nation’s first two commercial-scale offshore wind projects and has held three offshore wind lease auctions. Other milestones achieved in 2022 include the identification of two final Wind Energy Areas in the Gulf of Mexico and eight draft Wind Energy Areas in the Central Atlantic.

The New England Wind draft EIS can be found on BOEM’s website, and the notice of availability will publish in the Federal Register on Dec. 23, 2022, which will open a 60-day public comment period that ends at 11:59 p.m. ET on Feb. 21, 2023. The input received via this process will inform preparation of the final EIS.

BOEM will use the findings of the EIS to inform its decision on whether to approve the New England Wind COP, and if so, which mitigation measures to require.

During the comment period, BOEM will hold three virtual public meetings where the public can learn more about the review process, the EIS schedule, potential impacts from the proposed project and proposals to reduce potential impacts. They will be held on Jan. 27, 2023, at 1:00 p.m.; Feb. 1, 2023, at 5:00 p.m.; and Feb. 6, 2023, at 5:00 p.m. (all times are Eastern). Participants also will have the opportunity to provide comments on the draft EIS. The public meetings will be held on the following dates and times.

A virtual meeting room will be on BOEM’s website starting on Dec. 23, 2022. It will be available throughout the 60-day comment period and will include information about the draft EIS, as well as how to register for the virtual public meetings and provide comments.