“A huge amount of capital is seeking a role in the energy transition, but a scarcity remains of the right kind of capital for new development platforms and new projects. Our vision is to be one of the largest global investors of early-stage development capital,” comments Flanagan, CEO of Bluestar. “We have structured Bluestar as a portfolio of distinct regional platforms based on the conviction that successful project development is a very local business. Success is about empowering regional leadership while bringing global scale and an owner’s attention to detail in managing project and market risk.”

The initial $100 million raised by Bluestar will fund the execution of the first phase of its business plan. Bluestar’s bedrock strategy is greenfield development and a long-term approach to the infrastructure needed to drive the energy transition to 2030 and beyond. Bluestar will develop regional platforms in the United States, Australia and Europe that will be either wholly owned or controlled subsidiaries. The company’s initial focus is exclusively on project development capital. It will evaluate various options for construction and operating capital in due course.

Bluestar Energy Australia is Bluestar’s Australian-focused development platform. Since entering the Australian market, it has already built a pipeline that is focused primarily on wind power, with plans for further additions of solar and storage.

“S2G is thrilled to be working with Declan and the Bluestar team to enable the energy transition,” says Rudberg. “The Bluestar team are proven operators. They understand what the industry needs and are well positioned to capitalize on the growing energy opportunity across the U.S., Europe, and Asia.”

“Declan is a recognized leader in renewables and the global energy transition with an incredible track record of success,” adds Getman. “We are excited to support him and his team in helping create the next great global renewables platform.” 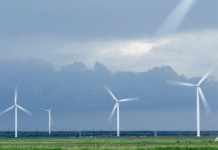 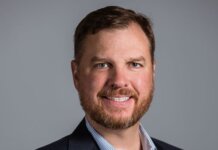