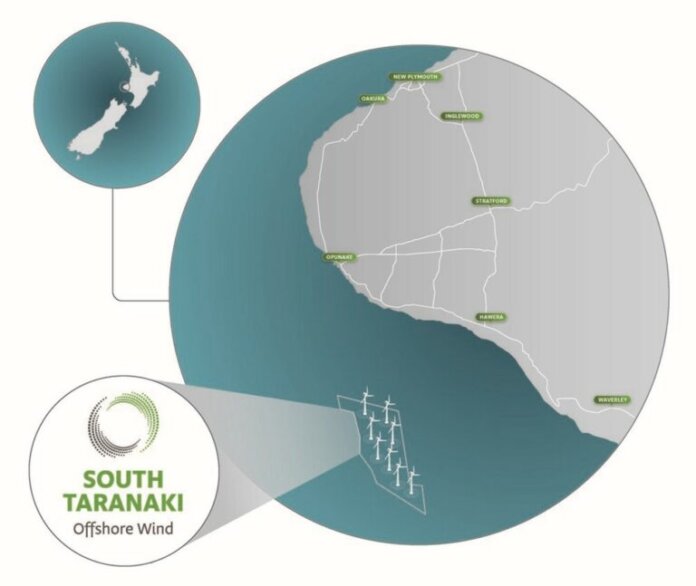 A consortium formed by BlueFloat Energy, Energy Estate and Elemental Group is planning to build an offshore wind farm 22 kilometers off the coast of South Taranaki in New Zealand. The proposed development is the first of four offshore wind projects planned by the consortium in Aotearoa, with the potential to add up to 5 GW of new clean energy generation.

The South Taranaki project is designed to be a ~900 MW offshore wind development using fixed-bottom technology located to the west of Beach Energy’s Kupe platform in the South Taranaki Bight. The proposed site was identified as offering huge potential in the Offshore Wind Discussion Paper published by Venture Taranaki in April 2020, due to the site’s unique characteristics and favorable environmental conditions. That study identified an area large enough for several offshore wind farms to be built by different developers that would be compatible with each other and help accelerate the transition to clean energy.

Close to the only deep-water port on the west coast, Port Taranaki in New Plymouth, it will allow easy access to build, import and transport materials required for construction and to service the specialized vessels required for installation and maintenance. Other benefits include a relatively flat sea floor with a water depth of less than 50 meters suitable for fixed-bottom turbines. There is significant offshore infrastructure that could potentially be upgraded or repurposed for offshore wind. The area is also in close proximity to local industrial facilities where electricity can be converted to green hydrogen for use in transport fuels or as feedstock for green chemicals like urea, ammonia and methanol. There is further potential for floating wind farms to be developed in subsequent phases alongside the initial phase of fixed bottom projects.

The proposed site covers approximately 230 square kilometers and sits beyond the 12-mile nautical zone and outside the boundaries of the West Coast North Island Marine Mammal Sanctuary and the sensitive eco-system of the Patea Reef.

“Offshore Wind will be an important part of the future energy mix in Aotearoa and will help the country meet its net zero targets,” says Justine Gilliland, the joint venture’s partnerships director. “South Taranaki is an obvious choice as it has a best-in-class wind resource and a skilled local workforce with decades of experience working offshore. We are committed to developing the industry sustainably and are already engaging with environmental and local experts to understand how we can mitigate potential risks to marine mammals, seabirds and the coastal environment.”

“We want to be upfront and show coastal communities and users of the sea what our projects will look like,” states Simon Currie, co-founder of Energy Estate. “For this reason, we have prioritized preparing and releasing accurate visual simulations of our projects in New Zealand. The process to create the 3D simulation involves the use of panoramic photographs (taken by a local photographer) from a number of locations, trigonometry, data points and digital technology. The output is a realistic and a scientifically rigorous visual representation of an offshore wind project.”

The project is currently in the feasibility stage, but the partnership believes that construction could commence before 2030.