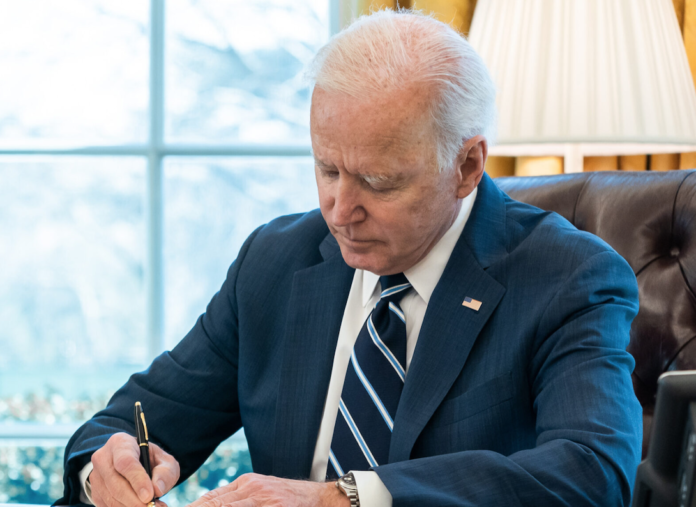 The White House has unveiled a set of actions it is taking that aims to catalyze offshore wind energy, targeting the deployment of 30 GW of offshore wind in the U.S. by 2030.

“This offshore wind goal is proof of our commitment to using U.S. ingenuity and might to invest in our nation, advance our own energy security and combat the climate crisis,” says Energy Secretary Jennifer Granholm. “DOE is going to marshal every resource we have to get as many U.S. companies, using as many sheets of U.S. steel, employing as many U.S. workers as possible in offshore wind energy – driving economic growth from coast to coast.”

The Biden administration says a thriving offshore wind industry will drive new jobs and economic opportunities up and down the Atlantic Coast, in the Gulf of Mexico and in Pacific waters. The industry will also spawn new supply chains, as illustrated by the 10,000 tons of domestic steel that workers in Alabama and West Virginia are supplying to a Texas shipyard where Dominion Energy is building the nation’s first Jones Act compliant wind turbine installation vessel.

Federal leadership, in close coordination with states and in partnership with the private sector, unions and other key stakeholders, is needed to catalyze the deployment of offshore wind at scale.

Developer US Wind, which holds an 80,000-acre federal lease area off the coast of Maryland and is pursuing its MarWin project, expressed its support for the administration’s actions.

“This was an extraordinary day for offshore wind,” says Jeff Grybowski, CEO of US Wind. “I have always believed that the U.S. would be a global leader in this industry, and for the first time in over a decade, I can see the path to getting there.”

“This action will set our country on a path to maximize our unmatched wind potential to help meet the nation’s clean energy needs,” remarks David Hardy, Ørsted CEO of Offshore North America. “More than that, it reaffirms offshore wind’s ability to launch a new U.S. industry that will provide well-paying union jobs, create economic opportunity, and generate local investment that will benefit all Americans.”

In fact, coinciding with the administration’s announcement, the Bureau of Ocean Energy Management says it has issued a notice of intent (NOI) to advance Ørsted’s 1.1 GW Ocean Wind offshore wind project, planned for waters 15 miles off the coast of New Jersey.

“I am grateful to the Biden administration for their bold actions to bolster the offshore wind industry and move our project forward,” says N.J. Gov. Phil Murphy, noting that the NOI is “a monumental step” toward the state’s goal of reaching 100% clean energy in New Jersey by 2050.

Liz Burdock, president and CEO of the Business Network for Offshore Wind, remarks that the “commitment and focus” on offshore wind at the federal level is unprecedented.

“The Biden administration brought the power of the federal government to kickstart a burgeoning industry into high gear,” she says. “Every small and medium-sized U.S. business should take a hard look at diversifying into this sector – it’s not every day a company has the opportunity to get in at the ground level of the next great American industry.”

To access the complete text of the White House’s announcement regarding the U.S. offshore wind industry, click here.