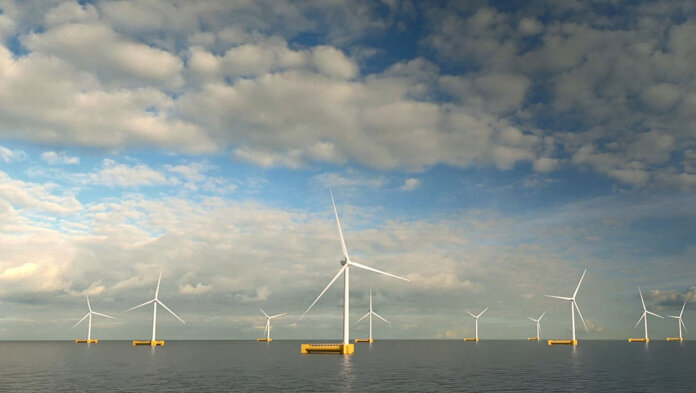 BayWa r.e. has submitted a permit application for a subsidy-free commercial floating offshore wind project off the Portuguese coast. The company is now entering the decisive phase of the official authorization process; the project will be the first subsidy-free floating offshore project in the world. This follows initial discussions and consultation stages with the Portuguese government and all local stakeholders.

The company officially applied to secure the rights for an exclusive use of the seabed, to develop a floating offshore wind farm with 30 turbines and up to 600 MW in total, in a dedicated zone off the coastline of Viana do Castelo.

BayWa r.e. intends to support the creation of a global floating offshore wind supply chain in Portugal using existing local infrastructure that the tender projects will be able to use. Furthermore, the project will be realized without any public subsidies, with a power purchase agreement (PPA).

“Our project will be a real milestone for the Portuguese Offshore industry,” says Ricardo Rocha, technical director of OFFSHORE WIND at BayWa r.e. “We have been working hard with our industrial partners and all the stakeholders during the development process. Now is the time to take it to the next level. We are looking forward to continuing collaborating with the Portuguese government and authorities, to make this project not only a project in Portugal, but also and especially, for Portugal.”

“Our project is well in line with Portugal’s ambitious offshore targets,” comments Lorenzo Palombi, global director of wind projects at BayWa r.e. “The zone where our floating wind farm is to be built is part of the marine spatial plan of the Portuguese government, so it already has a dedicated zone. At BayWa r.e., we are excited to not only drive forward the energy transition with this project, but also to bring socio-economic benefits such as new jobs and local infrastructure to the community in Viana do Castelo.”