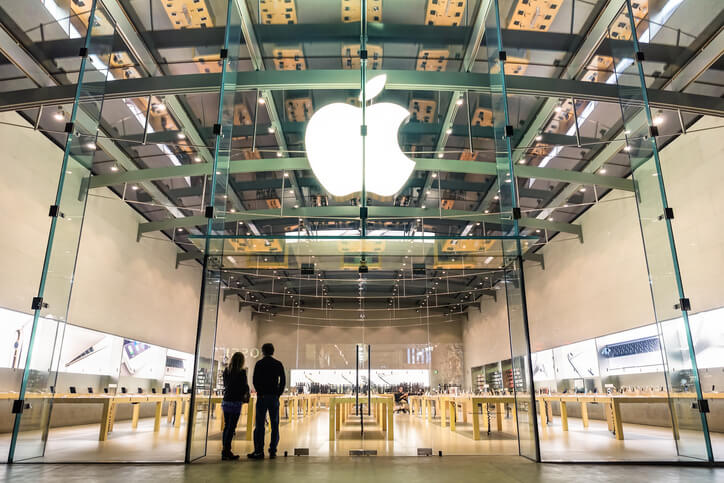 Rekindling new wind development in the state, Avangrid Renewables plans to break ground on the first phase of the 404 MW Montague Wind Farm in Oregon this fall, with Apple signing on as a corporate buyer.

Located in Gilliam County, the wind project will be built in two phases of 202 MW each. Although the second phase has yet to secure a customer, the technology giant signed a 200 MW power purchase agreement to buy the output from Phase I.

Avangrid’s project developer Brian Walsh says construction on the first phase will begin on or before Sept. 14. Once complete, the wind farm will provide over 560 million kWh of renewable energy per year.

Although Oregon has historically been a major wind market, the Montague project will be the first big wind development in the state in the past five years.

According to Walsh, the slowdown was due to a variety of factors – namely that California modified its policy to favor in-state development and that Oregon utilities had already met their renewable portfolio standards (RPS).

“A lot of the projects that were built in the early 2000s in Oregon allowed the power to be sold to California, but California changed regulations to promote in-state renewable energy and development. That closed off the California market for a long time,” he explains.

“Also, it was partly due to the great success Avangrid had in the Pacific Northwest, as we built a lot of the renewables and met the RPS goals for the utilities,” Walsh says. “So, all the utilities were meeting or exceeding their needs for renewables under the old RPS.”

According to Avangrid’s Art Sasse, Oregon was simply “early to the party” in terms of renewables development. The state boasted a strong wind resource, which, in turn, encouraged a remarkable number of renewable energy projects at the start of the century.

“It was going to be hard to sustain those kinds of levels,” he says.

Initially reported as an unnamed buyer, Apple officially announced its involvement with Montague in its annual environmental responsibility report, released this month.

According to the report, the tech company will be powering 94% of its Prineville data center with wind power, adding that this development marks the “first Apple-created wind project.” In addition, Apple also signed a PPA for the 56 MW Gala Solar project, which is expected to come online at the end of this year.

In 2010, Apple reported that just 16% of its total facilities were powered by renewables. Within just six years, that number skyrocketed up to 96% in 2016. Notably, the iPhone-maker says that it has achieved 100% renewables in 24 countries, including the U.S., but intends to keep pushing until it reaches its goal across the globe.

A slew of other major companies have made similar commitments in the past few years, including Amazon, Google, Facebook, Wal-Mart, General Motors, Hewlett-Packard, Kaiser Permanente, Bloomberg, Dow Chemical and more. Google currently tops the list as the largest corporate purchaser of renewable energy in the world.

According to Walsh, the growing demand from commercial and industrial (C&I) customers is the key driver behind today’s market, enabling renewables projects, such as Montague, to move forward in Oregon.

“A lot of large C&I customers – data centers, in particular – have chosen to locate in Oregon and have wanted to serve their electrical load with renewable energy, and they have the sustainability goals to do so,” he says.

For example, Avangrid has confirmed that footwear manufacturing giant Nike recently signed on to purchase the output from three of the developer’s existing wind farms in the Columbia River Gorge area, as the company is working toward its own 100% renewables by 2025 goal.

Walsh says Avangrid has been able to follow through on these projects thanks to its Direct Access program, which enables commercial customers to buy power from independent energy service suppliers (ESS) rather than subscribing to their utility’s standard service.

“One of our unique advantages in Oregon is that we’re an approved energy service supplier for both PacifiCorp and PGE – meaning that we can serve retail load in Oregon,” he says.

“Back in 2013, Avangrid – Iberdrola at that point – strategically saw the writing on the wall with C&I customers and wanted to get ahead of the market and apply to become an ESS with both utilities. And sure enough, the C&I market got hot in Oregon, and as a result, we are serving multiple customers in Oregon with 100 percent renewable energy through the ESS program.”

In addition to C&I growth, Walsh says another key market driver is the state’s increased RPS goals. According to the Oregon Department of Energy, the original RPS was adopted in 2007, requiring 25% renewables by 2025. After Oregon S.B.1547 was passed in March 2016, the RPS increased to 50% by 2040.

With growing C&I interest and the increased RPS, Walsh expects the state’s renewables market will pick up speed in the coming years.

“Even though the utilities seem to be hitting their RPS goals right now, we see through their integrated resource plans that their needs will grow tremendously in the early 2020s,” he says. “We’re bullish on Oregon renewables demand in the Pacific Northwest.”

What’s more, Avangrid was able to procure approximately 2,000 MW of equipment before the end of last year, when the production tax credit began to phase down. Walsh says the developer will apply a portion of the “safe harbor” turbines to the Montague project.

Avangrid expects the Montague Wind Farm will be fully operational by Dec. 31, 2018.