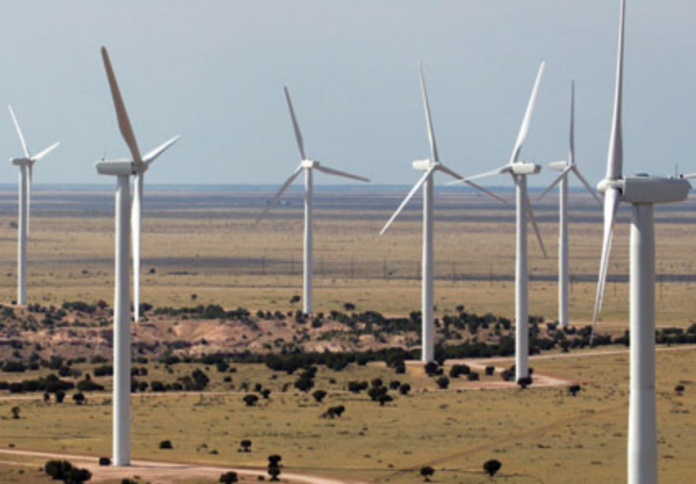 Construction has begun on 35,000 acres of state trust land for the La Joya Wind Farm in Torrance County, N.M., located about 10 miles west of the Village of Encino.

The project includes a mix of private land and state trust land, the latter of which was awarded to Avangrid Renewables by Commissioner Stephanie Garcia Richard through an open bid process in September 2019. When completed, the project will consist of 111 turbines and have a total generating capacity of 306 MW. The portion sited on state trust land will include 74 new wind turbines capable of generating a total of 207 MW.

The project is expected to be in operation by the end of the year. Once operational, the output of the La Joya Wind Farm will be delivered to the Public Service Company of New Mexico (PNM). The wind farm will help PNM and other voluntary companies meet their climate and sustainability goals.

“There are hundreds of thousands of acres of state trust land prime for renewable energy generation, and this project – in partnership with Avangrid Renewables, PNM and their customers – really highlights our potential in a renewable energy future,” says Garcia Richard.

“Over the lifetime of the La Joya project, we will raise over $41 million for New Mexico public schools. We are meeting our charge of supporting our beneficiaries with an eye toward diversifying our state’s revenue streams, and renewable energy can play an important role in that diversification,” she adds.

The La Joya Wind Farm is the second Avangrid Renewables project in New Mexico. The adjacent El Cabo Wind Farm, which has a capacity of 298 MW and consists of 142 Gamesa 2.0 and 2.1 MW turbines, became operational in December 2017.

Garcia Richard’s commitment to renewable energy includes her creation of the first ever Office of Renewable Energy at the State Land Office. That office is currently working to process over 40 applications for new solar and wind energy projects. When processed, these applications will help the land office exceed goals of tripling the amount of energy generated on state trust land through renewable projects.