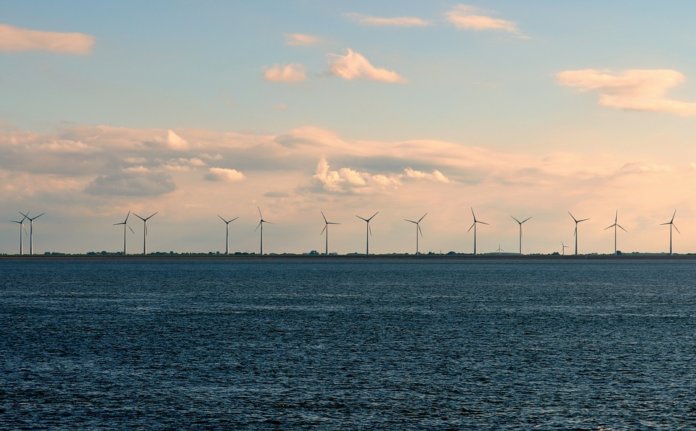 Preparing for future development, Atlantic Shores Offshore Wind LLC – a 50/50 joint venture between EDF and Shell New Energies US LLC – has launched ocean survey operations within its lease area off the coast of New Jersey.

Survey operations encompass 183,000 acres located 8-20 miles off the state’s coast between Barnegat Light and Sea Isle City. They are expected to conclude by the end of October, weather-permitting. The survey vessel Geosea will be used to characterize the seabed, collect samples and determine placement of data collection buoys, which will be deployed later this year to help measure wind, ocean and weather conditions.

The Atlantic Shores team also held a tour of the 300-foot Geosea vessel, showcasing capabilities aboard the ship. The event was attended by several agencies involved in offshore wind operations at the state and federal levels.

Atlantic Shores intends to bid into the next New Jersey offshore wind solicitation. The lease area held by Atlantic Shores has the potential to supply up to 2.5 GW of renewable energy – enough to supply nearly 1 million homes.

Coinciding with the launch of survey operations, Atlantic Shores has announced Kevin Wark as its fisheries liaison officer to help better communicate and collaborate with the recreational and commercial fishing industries as the project progresses.

“Kevin has hands-on knowledge of the maritime community in New Jersey, where he has been a resident his entire life and a fisherman for nearly 40 years,” says Doug Copeland, development manager of Atlantic Shores. “The trust he has developed locally will be invaluable in fostering open communication and collaboration with these industries as we plan an Atlantic Shores offshore wind farm that works best for New Jersey.”

A third-generation resident of Long Beach Island, Wark began his career operating commercial boats at the age of 17 and has worked extensively in the ocean research field for institutions such as Delaware State University and Rutgers University. Last winter, he helped consult on the New Jersey Board of Public Utilities’ strategic plan for offshore wind.

“The fisheries are vastly different than when I began my career, and changes in the ocean environment have become increasingly rapid over the past decade,” says Wark. “It’s clear we need to strike a balance – for the environment, the fishing communities and renewable developers together. I understand the concerns of mariners because I share them, so I’m excited for this opportunity to listen to fishermen of all sectors, to help us collaborate and find the best solutions for all.”