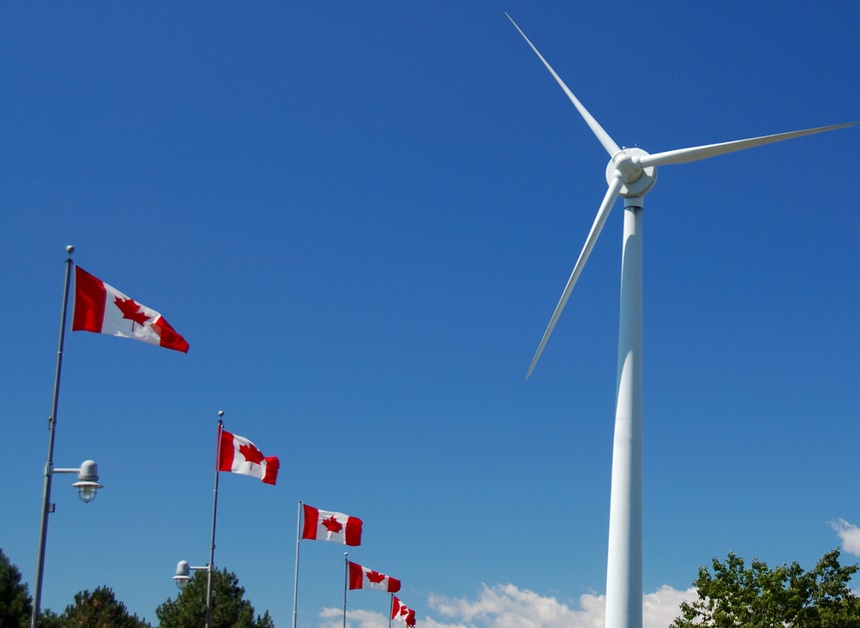 Adding 702 MW of new capacity through the commissioning of 21 projects in Ontario, Quebec and Nova Scotia, Canada’s wind energy industry had another year of strong growth in 2016, according to the Canadian Wind Energy Association (CanWEA).

Canada now has 11,898 MW of installed wind generation capacity – enough to supply 6% of Canada’s electricity demand and meet the annual electricity needs of more than 3 million homes, the association says.

Notably, 16 of these 21 projects are owned – at least in part – by aboriginal or local communities or by municipal governments. In addition, says CanWEA, Canada’s new wind energy projects in 2016 represented about C$1.5 billion in investment.

Robert Hornung, president of CanWEA, says, “The fact that the vast majority of new wind energy projects built in Canada in 2016 had some form of local ownership demonstrates the value of wind not only as a driver of economic growth, but also as a source of local jobs and revenue in communities right across the country.”

As for 2017, CanWEA expects the country to install approximately 700 MW of new wind energy capacity.

According to the group’s analysis, Ontario continued to lead in market size and growth: It added 413 MW of new wind energy capacity in 2016 to bring its total installed capacity to 4,781 MW.

On the other hand, Quebec added three projects totaling 249 MW of capacity. The province ended out the year with 3,510 MW of wind energy on its grid and maintained its position as the second largest wind energy market in Canada.

However, Nova Scotia installed more wind projects than any other province in 2016, says CanWEA. In total, 10 new facilities totaling 39.5 MW came online, and most were driven by the province’s unique community feed-in tariff program. Nova Scotia ended the year with 579 MW of wind energy capacity, placing it fourth among the provinces for total installed capacity.

“More wind energy has been built in Canada in the last 11 years than any other form of electricity generation – and for good reason,” adds Hornung. “Costs for wind energy have fallen dramatically over the past seven years, making wind energy one of Canada’s two most cost-competitive sources of new electricity supply. And unlike natural gas, wind energy is not impacted by carbon prices or commodity price fluctuations, meaning that wind energy will only become more affordable over time.”