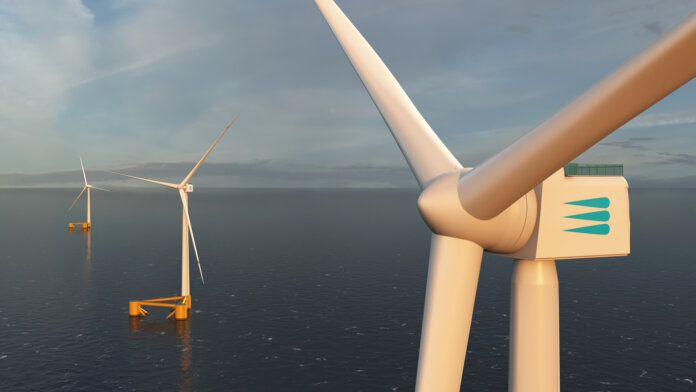 Aker Offshore Wind AS (AOW) has released a merger plan with Aker Horizons ASA to become a stronger offshore wind developer. The two will combine in an all-stock merger that will reposition AOW as a privately held subsidiary of Aker Horizons. Aker Horizons intends to combine AOW with its portfolio company Mainstream Renewable Power.

The proposed merger enables a subsequent combination of AOW and Mainstream, subject to customary conditions, including agreement with Mainstream’s minority shareholders. Shareholders in AOW (other than Aker Horizons) will receive 0.1304 merger consideration shares in Aker Horizons for each share owned in AOW. The exchange ratio is based on the 30-day volume weighted average share price for each of AOW and Aker Horizons and implies a share price of NOK 3.01 per AOW share, representing a premium of 6.9% to the closing price of AOW on 29 March 2022.

The combination of AOW and Mainstream can play a critical role in fast-tracking renewable energy development across a variety of technologies, including hydrogen as an emerging application for offshore wind, as this industry accelerates. They will combine AOW’s technical and engineering capabilities and early mover position in floating offshore wind with Mainstream’s project development methodology, execution track record and global presence.

AOW and Mainstream already hold a joint 50% ownership stake in Progression Energy’s 800 MW floating offshore wind project in Japan. In South Korea, AOW is part of a consortium developing a 1.2 GW floating wind power project 80 km offshore of the city of Ulsan, while Mainstream has secured an investment decision from regional authorities for the first phase of the 1.4 GW Phu Cuong Soc Trang offshore wind project in Vietnam. Both companies are also maturing opportunities in offshore wind in the U.S. and Northern Europe.

“Accelerating the energy transition must be our priority to meet the dual challenges of the climate crisis and energy security, with offshore wind and clean hydrogen emerging as two essential pillars for this transition,” says Philippe Kavafyan, AOW’s CEO. “We are confident that this transaction will enable us to utilize the full technology and engineering capabilities of our group to combine the deployment of commercial scale floating wind and hydrogen around the world.”

The merger is executed and implemented in parallel with a contemplated similar triangular merger between Aker Horizons and Aker Clean Hydrogen AS (ACH). Assuming that both mergers are completed, the shareholders of AOW and ACH will receive a total of up to 80,612,586 consideration shares in Aker Horizons, constituting approximately 13.22% of Aker Horizons’ current total outstanding shares.